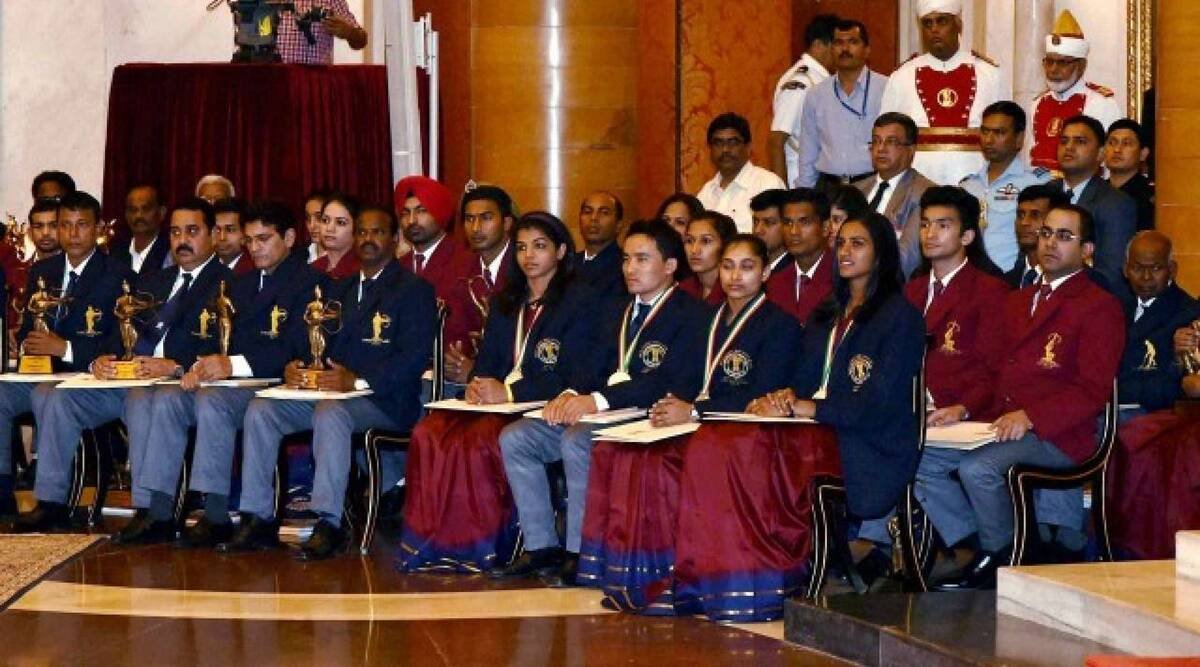 When the names will be announced during the National Sports Awards function on August 29, the awardees will not be making the customary walk on the red carpet inside Rashtrapati Bhawan’s Durbar Hall.

When their names will be announced during the function on August 29, the awardees will not be making the customary walk on the red carpet inside Rashtrapati Bhawan’s Durbar Hall. Instead, the chosen 76 will be at a Sports Authority of India (SAI) centre closest to them from where they will be connected to President Ramnath Kovind at his residence, through Doordarshan’s camera crews.

The pomp and panache of the awards function, which is one of the highlights of India’s annual sporting calendar, will be replaced by makeshift arrangements at the training centres, where the winners will assemble for a virtual ceremony.

Owing to the pandemic and the consequent restrictions on public gatherings as well as social-distancing guidelines, the sports ministry has decided to hold the function remotely. “Usually, there are around 400 to 500 people attending the ceremony, which is held at the Rashtrapati Bhawan. Since that will not be safe because of the Covid-19 pandemic, it has been decided that the function will be held remotely,” a ministry official said.

So, rather than being put up at a plush Central Delhi hotel and being part of a grand ceremony at the president’s house, the athletes will be asked to report at the nearest SAI Centre. A total of 16 facilities have been identified where the 76 awardees will assemble depending on their region.

The athletes have been asked to send their measurements for the ceremonial blazer, which will be couriered to them along with the trophy. “I am completing my police training in Nasik. So I visited the tailor at the academy here and got my measurements done,” says wrestler Rahul Aware, who has been recommended for the Arjuna Award. “The ceremony I have heard will be online, but there is no official intimation yet.”

Travel arrangements and other logistics are still being worked out. But on the day of the ceremony, the winners are expected to be present at the designated SAI Centres, dressed in their blazers. They will be connected to the Rashtrapati Bhawan via a secure internet connection. Sports ministry officials are likely to join the event from a convention hall in New Delhi, where they are likely to assemble.

A pre-recorded citation will be read out at the beginning of the ceremony. Then, the president will show the scroll of honour on the screen and parallelly, the named athlete will stand up at the SAI Centre, take a bow and hold the trophy aloft. “All athletes have been contacted and their locations taken down. Their travel is being organised and the ceremonial dress will be couriered in time for the ceremony,” the official said.

This year, an unprecedented 76 athletes and organisations have been recommended for the awards, including five Khel Ratnas and 29 Arjuna Awardees. Sports minister Kiren Rijiju is likely to approve the names and make them official in a day or two.

The ministry expects most of the athletes to be present for the ceremony but there are doubts whether two cricketers – Rohit Sharma and Ishant Sharma – will be able to attend. Rohit has been recommended for the Rajiv Gandhi Khel Ratna, India’s highest sporting honour, while Ishant’s name has been proposed for the Arjuna Award.

Both are likely to be in the United Arab Emirates, preparing for the Indian Premier League, when the ceremony takes place. Asked if they can join the virtual ceremony from their hotel rooms in the UAE, the official said it was unlikely. “Since this is a presidential event, certain decorum will have to be maintained. It is not yet clear how the cricketers will be able to join in. That will be figured out in the days to come,” the official said.