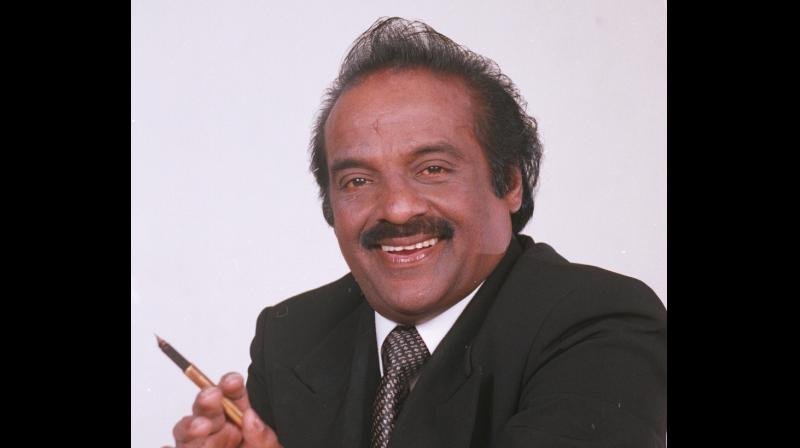 Chennai: Congress MP from Kanyakumari, H Vasanthakumar, passed away due to COVID-19 on Friday evening at the age of 70. Vasanthakumar was admitted to Apollo Hospitals in Greams Road, Chennai after contracting coronavirus.

He is survived by his wife Tamil Selvi, two sons and a daughter. His elder son Vijay Vasanth is a Tamil film actor who has appeared in several films since 2007.

The first Member of Parliament from Tamil Nadu to succumb to Coronavirus after 18 days of treatment, Vasanthakumar was born in Agastheeswaram in Kanyakumari district to Harikrishna Nadar and Thangamma Ammal.

Hailing from a family of politicians, his elder brother Kumari Anandan is a veteran Congress leader who had served as MLA and MP and his niece Tamilisai Soundarrajan is the present governor of Telangana.

He was not just a successful entrepreneur who made it big by starting from the scratch, but a familiar face in Tamil Nadu. His smiling and cheerful visage greeted people from each and every advertisement of his eponymous company, Vasanth and Co, which he launched in 1978 as a home appliances showroom in Chennai. Today, it has 71 stores spread across the southern states and is a popular go-to brand for domestic needs.

He started his career by working as a salesman in the 1970s before venturing out on his own. He also decided to be the brand ambassador of his enterprise and appeared in the advertisements for the promotion of his showroom, thus becoming a household face.

Despite the phenomenal growth of his business, Vasanthakumar always wanted to be in politics, perhaps inspired by his elder brother Kumari Anandan, and was associated with the Congress. He also launched a satellite television channel called Vasanth TV in 2008.

His major foray into electoral politics happened in 2006 when he contested the Assembly elections from Nanguneri Constituency, which is closer to the place of his birth. Again, he contested from the same seat in 2016 and won but had to give it up following his triumph from the Kanyakumari Lok Sabha seat in the 2019 general elections. He defeated his BJP rival Pon Radhakrishnan, a locally active politician and former Union Minister, by a margin of 2.5 lakh votes. He was also the Vice President of the Tamil Nadu Congress and chairman of the TNCC Traders Cell.

President Ram Nath Kovind also condoled hid death and said that his devotion to people’s cause in Tamil Nadu was inspiring.

“Sad to know the passing of Shri H Vasanthakumar, MP from Kanyakumari. An entrepreneur and social activist, he earned his name in the world of politics and business. His devotion to people’s cause in Tamil Nadu was inspiring. Condolences to his family, friends and followers,” Kovind tweeted.

Prime Minister Narendra Modi, on his twitter handle said: “Saddened by the demise of Lok Sabha MP Shri H Vasanthakumar Ji. His strides in business and social service efforts were noteworthy. During my interactions with him, I always saw his passion towards Tamil Nadus progress.Condolences to his family and supporters.Om Shanti.