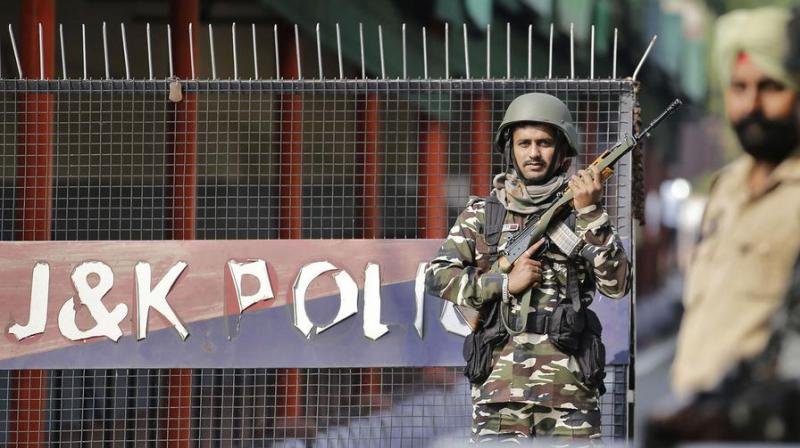 SRINAGAR: The police on Friday detained dozens of Shia mourners to foil repeated attempts made by them to take out a Muharram tazia procession through the streets of uptown Srinagar.

The mourners had earlier emerged out of dark alleys of the City’s Batamaloo, Shaheed Gunj and Dal Gate areas, chanting slogans and rhymes in praise of Imam Hussain, the grandson of Islam’s Prophet Muhammad, who was martyred along with 71 of his family members and companions in the Battle of Karbala in October 680.

The witnesses said that as the police came in their way, the mourners offered stiff resistance and marched ahead but only to be overpowered by the cops, bundled into police vans and then driven to Shaheed Gunj and Kothi Bagh police stations.

The police sources said that 68 people were detained for violating an official ban on Muharram processions and rallies in the Valley announced by Kashmir’s Divisional Commissioner, Pandurang K Pole, earlier in view of the spike in COVID-19 deaths and positive cases.

The sources said that among the detainees are two youths who raised a banner reading ‘Free Kashmir’ while attempting to march along Srinagar street. Earlier this week, the police had arrested two youth on charge of raising pro-freedom slogans at one of the Muharram tazia processions on the outskirts of Srinagar.

At dawn on Friday, the J-K police and Central armed police forces sealed Srinagar’s central square Lal Chowk, its neighbourhood and some other parts the summer capital by laying spools of Concertina razor wires and other barricades to enforce a security lockdown.

On Thursday,  Pole had urged the heads of religious organizations to use their influence and make people aware of the importance of following coronavirus related SOPs, including social distancing protocol and use of face masks while commemorating martyrdom of Imam Hussain.

Several Shia religious organizations and leaders had earlier announced that no mass rallies, processions or congregations (gatherings) would be held this year to commemorate the martyrdom of Imam Hussain in view of coronavirus and appealed the devotees to follow SOPs strictly while even holding restricted majalis (mourning assemblies) in their respective areas. However, such appeals were ignored in some areas, including the central town of Budgam where the police used force to break up a large mourning procession on Wednesday.

In Kashmir Valley, an official ban remains in force on organizing mourning rallies and processions along select traditional routes on the 8th and 10th day of Muharram, mainly in Srinagar, ever since the separatist campaign became violent way back in 1989. Only small mourning rallies and processions with certain restrictions would be permitted in the areas having sizable Shia populations, including at Imam Barahs or the places where functions connected with Muharram are held by them traditionally. However this year, the authorities decided to impose a blanket ban on such rallies and procession in view of COVID-19.