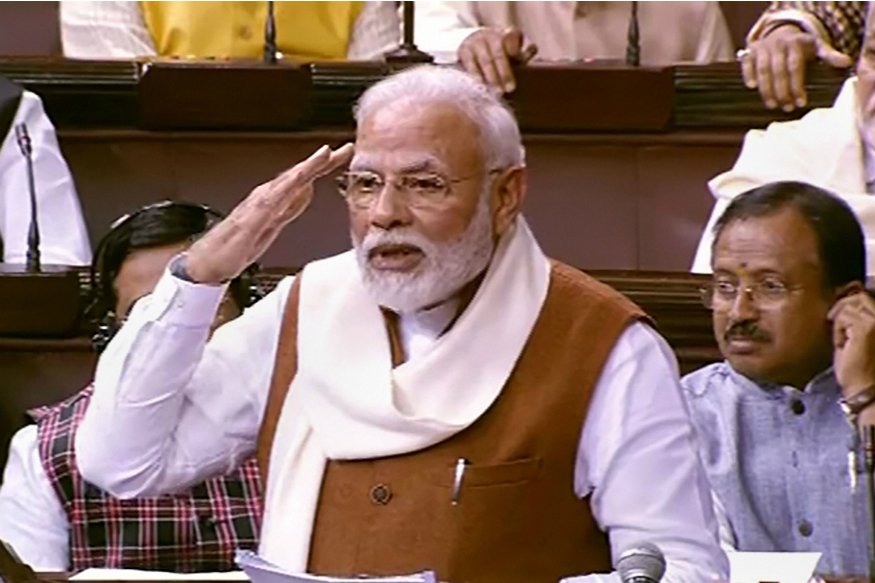 New Delhi: Prime Minister Narendra Modi on Thursday launched a blistering attack on opposition parties on their attempt to “misguide and misinform” the nation on the new citizenship law, saying the Kerala chief minister was on one hand warning about extremist elements infiltrating anti-CAA protests and on the other his party was supporting them in Delhi.

Replying to the debate in Rajya Sabha on a motion thanking the president for his address to the joint sitting of both houses of Parliament, he quoted statements made by Ram Manohar Lohia and Lal Bahadur Shastri on supporting minorities facing persecution in Pakistan.

“Is it ok to misguide and misinform the nation? Can anybody be a part of a campaign that does the same? The path being taken on CAA by many Opposition parties is unfortunate,” he said.

Modi said the Kerala chief minister has warned about extremists being involved in anti-citizenship law protests in the state but Left party members were supporting similar protests in the national capital.

He said there was an attempt to cover undemocratic activity under the garb of protests against the law. He went on to say that no one is going to get political benefit out of the protests.

The PM reminded the members of the way the Telangana formation Bill was hurriedly pushed through in Parliament during the UPA regime in 2014. “Nobody can forget when Telangana was formed, the country has seen how doors were closed and TV cameras were shut.”

He made the statements on protests against the new law, which seeks to grant citizenship to illegal immigrants of all faiths, except Muslims, from Pakistan, Bangladesh and Afghanistan who have come to India by December 31, 2014.