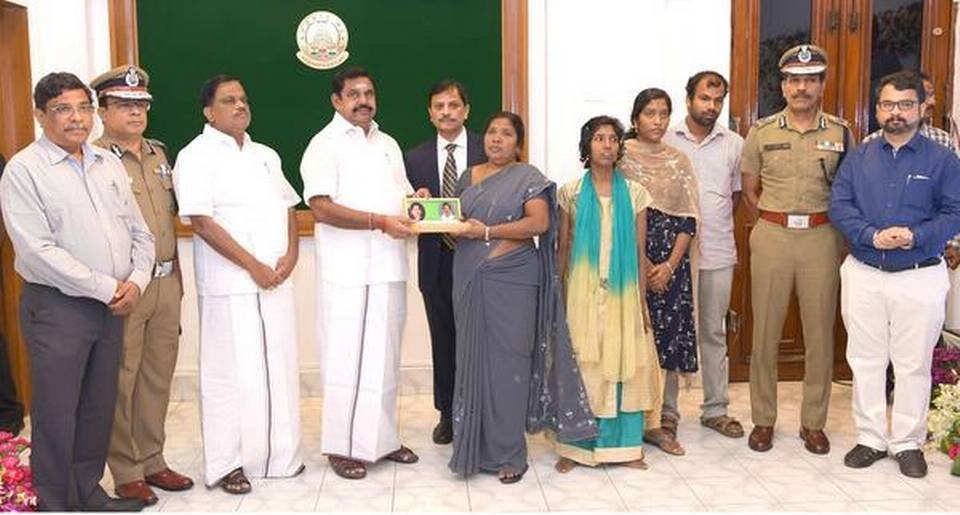 Chief Minister Edappadi K. Palaniswami on Monday handed over a cheque of ₹1 crore to the family of slain Special Sub Inspector Wilson, who was gunned down by suspected Islamic extremists in Kaliyakavilai, Kanyakumari district last week.

Angel Mary, wife of Wilson, later told journalists that the State government was being supportive of them. Wilson is survived by his wife and two daughters.