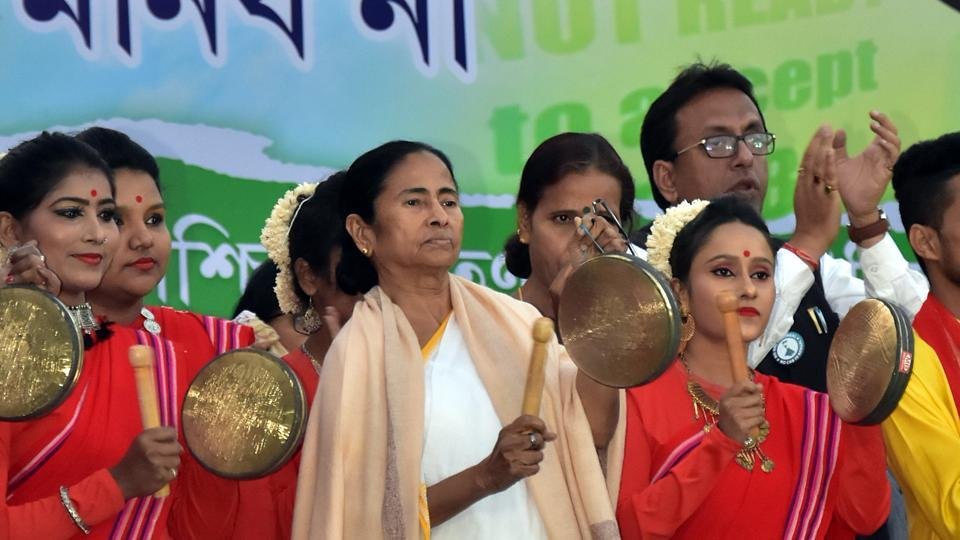 “I appeal to the Prime Minister. Please let us restore peace. You are the Prime Minister of the country, not the Prime Minister of BJP. Please interfere and stop this unrest. When a democratic movement reaches such proportion, a government should bow before the people. As a citizen of India please say that you are withdrawing CAA and NRC,” said Banerjee at the Trinamool Congress headquarters in Kolkata where she had called a meeting of party legislators to decide her next course of action.

“There is unrest because there is fire in the hearts of people. We need to address that. I want to tell the PM that this is the need of the hour. I request BJP leaders not to make statements that can aggravate the situation. It is the duty of both state and Centre to maintain law and order. That’s why the Centre should reject CAA and NRC,” she said.

Reacting to her statement, Bengal BJP general secretary Sayantan Basu said, “The chief minister is herself creating unrest. I advise her to stop worrying about the country. The Prime Minister is already active and all states except West Bengal are taking appropriate steps.”

“We will carry forward our movement but it will be peaceful. Since 2009, we have stopped supporting bandhs and road blockades,” said Banerjee. She announced a series of programmes starting from Saturday. There will no agitation on Christmas.

Referring to certain photos and videos circulating on social media, showing some youths in skull caps and lungis pelting stones at a train in Murshidabad district, Banerjee said, “When I saw the video I asked the authorities to check. We found that some Bharatiya Janata Party (BJP) workers belonging to a different religion were made to dress like that and the video was shot for circulation. Police have arrested them. Such tactics are being resorted by people in some areas to spread unrest. We should not fall into such traps.”

On Thursday, while addressing a rally of TMC’s youth and student wing members in Kolkata, the chief minister had demanded a referendum under the supervision of the United Nations to find out if people wanted CAA. This prompted the BJP to react sharply and even Governor Jagdeep Dhankhar wrote a series of tweets, urging Banerjee to withdraw her statement.

“What I meant was that let there be an opinion poll on CAA and NRC by experts and let the UN observe it. I said let the human rights commission also look into this. My statement is being misinterpreted. I don’t want to react to what BJP is saying. Whenever they cannot digest something they say we are anti-nationals,” said Banerjee. “The UN has many charters. They are watching the situation,” she added.

“Expressing my view is my democratic right. Even Ramchandra Guha, a famous man, has his rights. But he was abused and accused. This cannot go on. I started my career through refugee politics. I became member of Parliament from Jadavpur constituency (in Kolkata) where refugees are in majority. I made Buta Singh (then Union home minister) sanction land rights for refugees. Buta Singh even came to Jadavpur. I know the refugee problem very well,” said Banerjee.

“All parties are following their own course of action in other states. I am not talking on behalf of TMC in this movement. This is people’s movement. I have complete solidarity with the young generation. They are the future. Let them hold their agitation. Even important personalities who are strong BJP supporters are criticising the act because they are also responsible citizens,” said Banerjee.

She dismissed rumours of internet ban and imposition of prohibitory orders under Section 144 of CrpC in parts of Bengal on Friday.