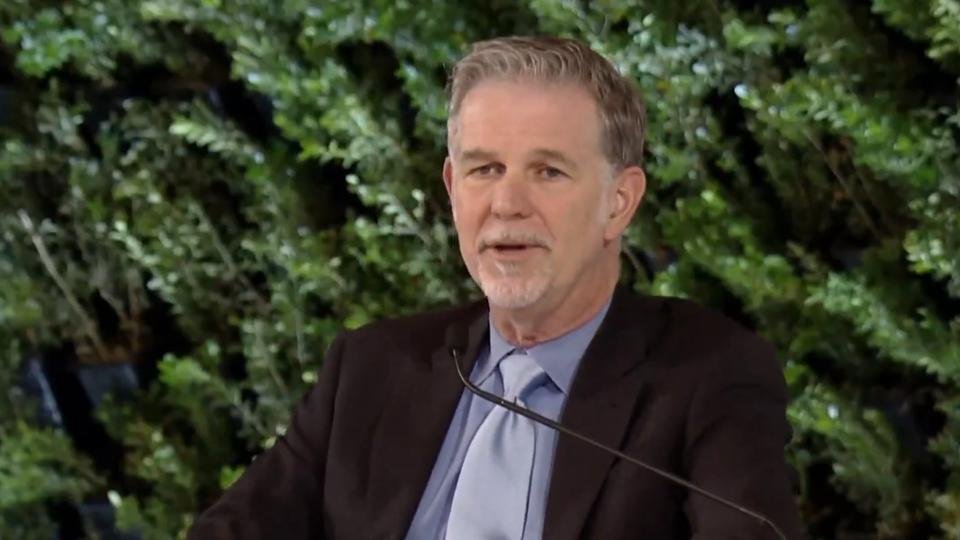 Netflix founder and CEO Reed Hastings announced that the streaming service will spend Rs 3000 crore ‘this year and next’ on producing original content in India. Hastings was speaking at the 17th Hindustan Times Leadership Summit in New Delhi on Friday.

Netflix launched in India in 2016, and has since invested in local content in Hindi and other local languages. “Sacred Games travelled all over the world,” Hastings told HT editor-in-chief R Sukumar, tipping his hat to the streamer’s first Indian original series, developed by Vikramaditya Motwane. He also revealed that the animated children’s show Mighty Little Bheem has been viewed by 27 million households outside India. “People like babies in many countries,” Hastings offered as an explanation.

Hastings also mentioned the third season of the comedy-drama Little Things, which debuted on November 9. “Delhi Crime is one of our biggest series,” he said, acknowledging the success of the gritty crime drama, created by Ritchie Mehta and inspired by the December 2012 gang-rape case in New Delhi. “Some people said, we shouldn’t tell that story,” he said, “but we’re really committed to artistic freedom.”

Netflix has over 160 million subscribers around the world, and although Hastings didn’t reveal how many Indian subscribers the service has, he admitted that these are ‘early days’. The service faces competition in India from rival companies such as Amazon and Hotstar, with Apple, Disney and others looking to make inroads into what is largely considered a booming market for streaming. “If we have amazing content from around the world, people are willing to pay for that,” Hastings said, mentioning the subsidized prices the company has introduced in the region.

“In the US, cable television costs about $75. Here it’s bout $3-5,” Hastings said. “In the US, people pay $50 for mobile phone access. Pricing is very low here, and the market is very large. That’s why our Rs 199 a month pricing is very competitive.”

“I think every country is wrestling with some aspects of the internet. Some people think that the broadcast standards should be applied to YouTube or Netflix or Amazon, but it doesn’t really make sense,” Hastings said, adding that the key difference between traditional TV and streaming is that with online entertainment, content isn’t ‘pushed into everybody’s home’.

Hastings said that the ‘most pragmatic approach’ would be to self-regulate, keeping in mind different cultures’ preferences. “We have to comply with all the local laws,” he said, citing the examples of Sacred Games and the UK show Sex Education, which is available even in Saudi Arabia that recently made the streaming service remove an episode of comedian Hasan Minhaj’s Patriot Act, which was critical towards Crown Prince Mohammad Bin Salman.

“With entertainment, there’s always going to be some controversy,” Hastings said, but Netflix’s agenda, he said, is ‘to try to be better than anyone else to please you. It’s our job to earn your viewing’.

Netflix began as a rental service where customers could order films off a website and have DVDs delivered to their homes, but in recent years has evolved into one of the largest streaming services (and production studios) in the world.

He is known for having fostered innovative workplace culture at Netflix, where employees are offered the choice between cash and stock compensation. Under his leadership, the streamer has made breakthroughs in the marketplace, having accumulated over 150 million paying subscribers in over 190 countries.

Hastings has said that India is a key market in the company’s future, and that he intends on every smartphone user in the country to have the Netflix app installed on their device. The streamer’s disruptive model is said to have changed the face of the film industry, with several major studios investing heavily in creating their own streaming apps in direct competition to Netflix.

Hastings is also an active educational philanthropist and served on the California State Board of Education from 2000 to 2004.