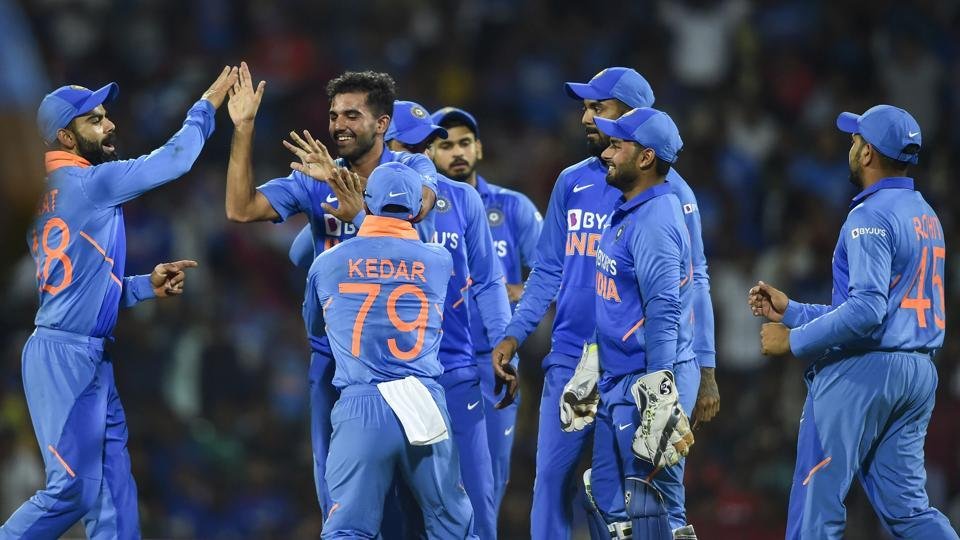 Ind vs WI: After the loss in Chennai, India could make tactical changes to their plans as well as in the team selected to take on a confident West Indies.

It was not the defeat, but the manner of it that would have hurt India in Chennai. 288 was a steep total, but West Indies cantered to a win, they were never ruffled, they were never pressed in their innings and hence, Virat Kohli would be forced to make changes to his side, especially in the bowling department.

Here in this article, we take a look at India’s predicted XI for the second ODI in Visakhapatnam.

Rohit will be disappointed after the Chennai ODI – he got through the tough phase, settled down nicely and then lost his wicket. It is something which has become alien to Rohit and the India opener would be keen to peel off a substantial score in Vizag.

The slowness of the pitch and then guile of Sheldon Cottrell got the better of Rahul in Chennai, but even in his short stay, he looked assured and he would now be keen to get a match-winning score in Vizag.

Chennai was rare for the Indian team – their top three failed to stick around and the side did not get off to a bright start. Virat Kohli was out cheaply and considering his form, this was an anomaly. The skipper would want to lead from the front and get his side back on track.

The young Mumbai batsman is ticking all the right boxes and could well be the permanent solution to India’s search for the number 4 batsman. He was superb in Chennai – after the initial loss of wickets, he soaked in all the pressure, kept the scoreboard moving and put India back on course for a competitive score.

A maiden half-century for Rishabh Pant should clear any cobwebs of doubts for Pant and now, he should be more assured of his place and continue to put in substantial scores for his side from the number 5 position. Also, he should now look to finish scores and play the entire 50 overs.

As has been the case with Jadhav for his entire innings, he manages to play useful knocks from this position and Chennai was no different. However, his bowling was put under pressure and this is where Kohli would want him to get back his control in the middle overs.

Ravindra Jadeja is establishing himself as an all-formats player and was good in Chennai. He has to understand his role in the side in no uncertain terms – he can be the finisher with the bat and needs to go for wickets in the middle overs, rather than being the stock bowler.

The right-arm pacer was one of the stand out bowlers for India in Chennai and continues to impress with the new ball. Kohli would want more than one wicket from him up front with the new ball as well as in the death overs when the pressure is amped.

Kuldeep was not expensive in Chennai, but he could pick up wickets either and this hurt India in the larger scheme of things. Kohli uses him as an attacking option and the young bowler should look more options to bag wickets and control the middle phase.

He in the in-form bowler for India in the recent times, but could not have the same impact with the white ball as he has been having in Test cricket. He would want to change it in Vizag and find his rhythm in the powerplay – a fit and firing Shami changes the dynamics considerably for India.

India did not include Yuzvendra Chahal in the playing XI and hence, Kohli was forced to use Shivam Dube and Kedar Jadhav as the fifth bowling option. Against a well-settled Shimron Hetmyer and Shai Hope, this was never going to be a challenging prospect. The Indian bowlers were neither able to bog them down, nor were they able to break their partnership and well, this proved to be the decisive factor in the chase.

Hence, we could see the inclusion of Chahal to add more teeth to the Indian attack, especially against the dynamic West Indies batting order.