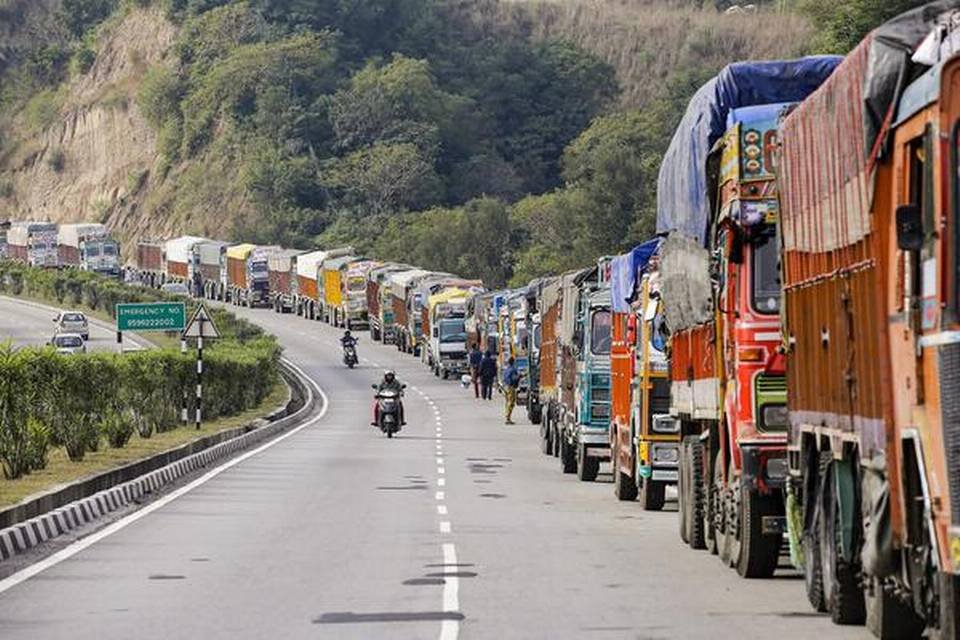 The reopening of the road came as a big relief for thousands of commuters who had been stranded on the highway since Sunday afternoon after the massive landslide at Digdole.

Traffic on the strategic Jammu-Srinagar national highway resumed on November 12 after remaining suspended for nearly two days following a massive landslide at Ramban district, officials said. However, despite undertaking a major operation to clear the snow, the traffic on the Mughal Road, which connects the border districts of Poonch and Rajouri in Jammu region with south Kashmir’s Shopian district, remained closed for the seventh day, they said.

The reopening of the road came as a big relief for thousands of commuters who had been stranded on the highway since Sunday afternoon after the massive landslide at Digdole.

The 270-km national highway, the only all weather road linking Kashmir with the rest of the country, was cleared of the landslide at Digdole around 4 am after over a 40-hour-long operation to clear the snow, a traffic department official said.

He said the stranded vehicles were allowed to move soon after the road was made traffic worthy and later the light motor vehicles were also allowed from both Srinagar and Jammu.

“The traffic is plying smoothly from both sides when last reports were received,” the official said.

Meanwhile, the weatherman has predicted another spell of light to moderate snowfall at most places in Jammu and Kashmir,and Kargil in the Union Territory of Ladakh between November 14 and 16.

“Weather to remain partly to generally cloudy in both union territories till November 13. Another spell of light to moderate snowfall is likely at most places of J&K and Kargil district of Ladakh from November 14 night to November 16,” said Sonam Lotus, Director, State Meteorological Department.

He said the inclement weather might lead to landslide, temporary disruptions of surface transportation on Leh-Srinagar and Srinagar-Jammu highways.

He, however, said there was no forecast of heavy spell similar to the previous one on November 14 and 15 during which the Kashmir valley was cut off from the rest of the country.