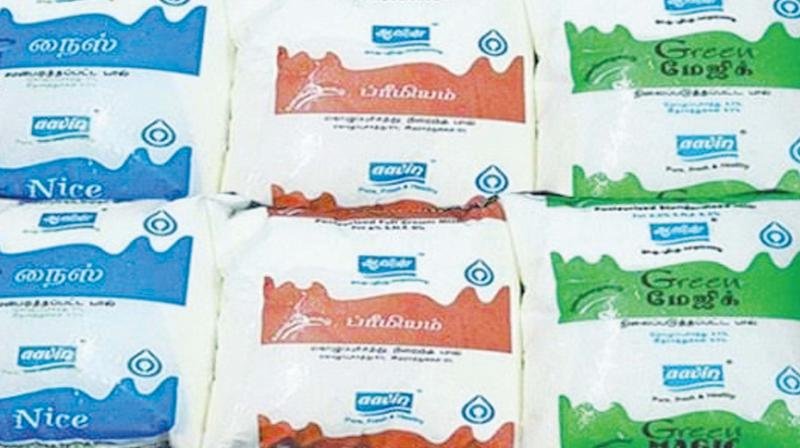 The minister’s tweet was in response to a request from BJP IT wing state president CTR. Nirmal Kumar.

CHENNAI: The state government-owned Aavin will roll out its popular milk sachets soon with couplets from the Tirukkural, the masterpiece in Tamil authored by the savant Thiruvalluvar, printed on them.

Messages greeting the people of various faiths during important festivals were being printed on the sachets before being distributed to the cardholders or sold in the open market. Now, Kural will make an appearance on the packets regularly.

Close on the heels of controversy sparked after the BJP’s Tamil Nadu unit posted a portrait of Tiruvalluvar in a saffron ‘dhoti’ with sacred ash smeared on his forehead and biceps, milk and dairy development minister K. T. Rajenthra Bhalaji said he would confer with Chief Minister Edappadi K. Palaniswami on printing the Kural on Aavin milk packets.

The minister’s tweet was in response to a request from BJP IT wing state president CTR. Nirmal Kumar.

Accusing the opposition DMK of betraying the Tamils and Hindus, as well, by brazenly suppressing the true history of Tiruvalluvar for over six decades, Nirmal Kumar alleged that the DMK has utilised Tamil (language) and Tirukkural only for its political gains. It failed to take the treatise to the masses.

Posting a copy of his letter to Mr Bhalaji on his twitter account, the BJP leader pointed out that the couplets from Tirukkural could be easily taken to each and every home by printing them on the Aavin milk packets.

“The BJP has been taking efforts to spread Tirukkural. Printing the couplets on the milk packets will make it easier to help reach the golden sayings to the people,” he said and urged the minister to ensure its implementation.

Responding, Mr Bhalaji tweeted, tagging Mr Palaniswami, that he would take it to the notice of the CM and take appropriate steps.