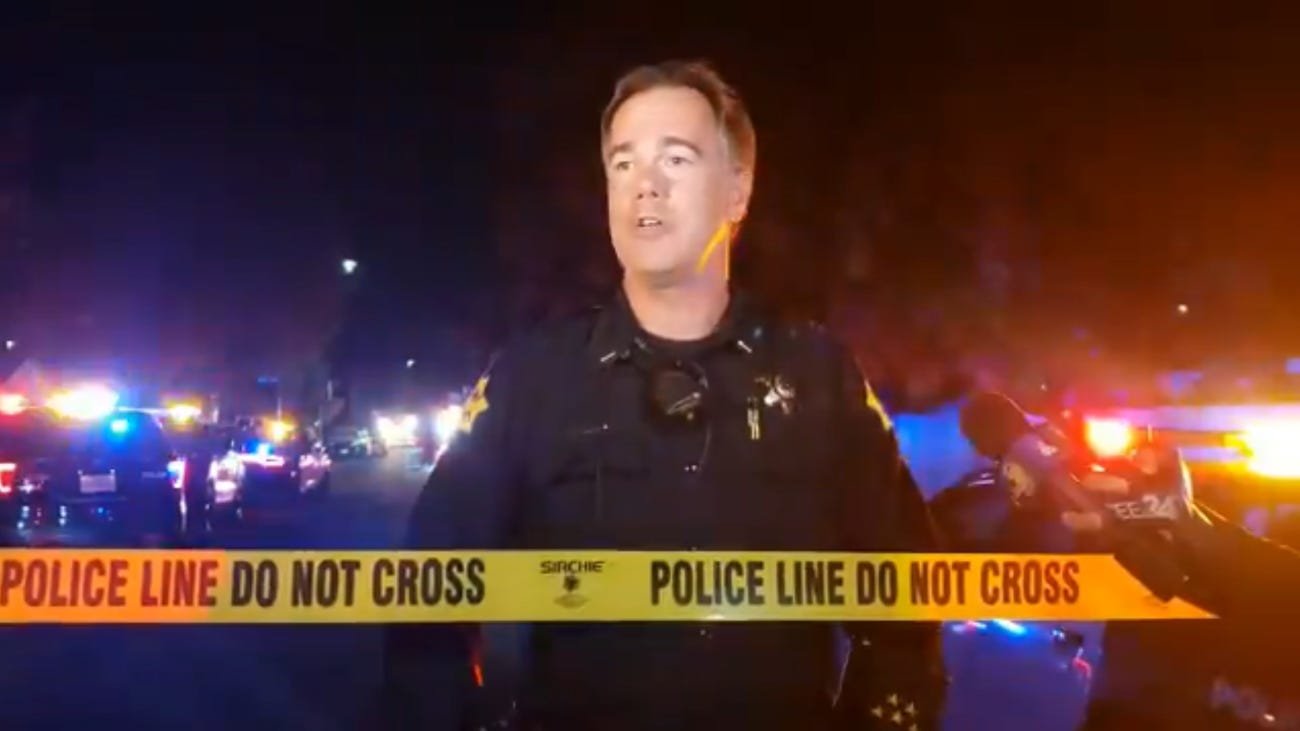 Four people were shot dead and six others wounded while watching a football game in the backyard of a central California home on Sunday, police said.

“Three people died on scene,” deputy Fresno police chief Michael Reed told reporters. “One was critical and… succumbed to his injuries” after being rushed to a hospital, he added.

Fresno police say at least 10 people were shot just before 6 p.m. in the backyard of a home in southeast Fresno, according to The Fresno Bee.

Lt. Bill Dooley of Fresno Police described the event in a press conference as a mass casualty shooting.

“What we do know is that this was a gathering, a family and friend gathering in the backyard,” he said. “Everyone was watching football this evening when unknown suspects approached the residence, snuck into the backyard and opened fire.”

Dooley said victims are in the hospital and range from “critical” to “critical but stable” condition.

Earlier on Sunday, a man in his 20’s was shot dead in a southeast Fresno apartment complex. Neighbors reported that a party was being held at the time. According to the Fresno Bee, police have not yet said whether the incidents are connected.