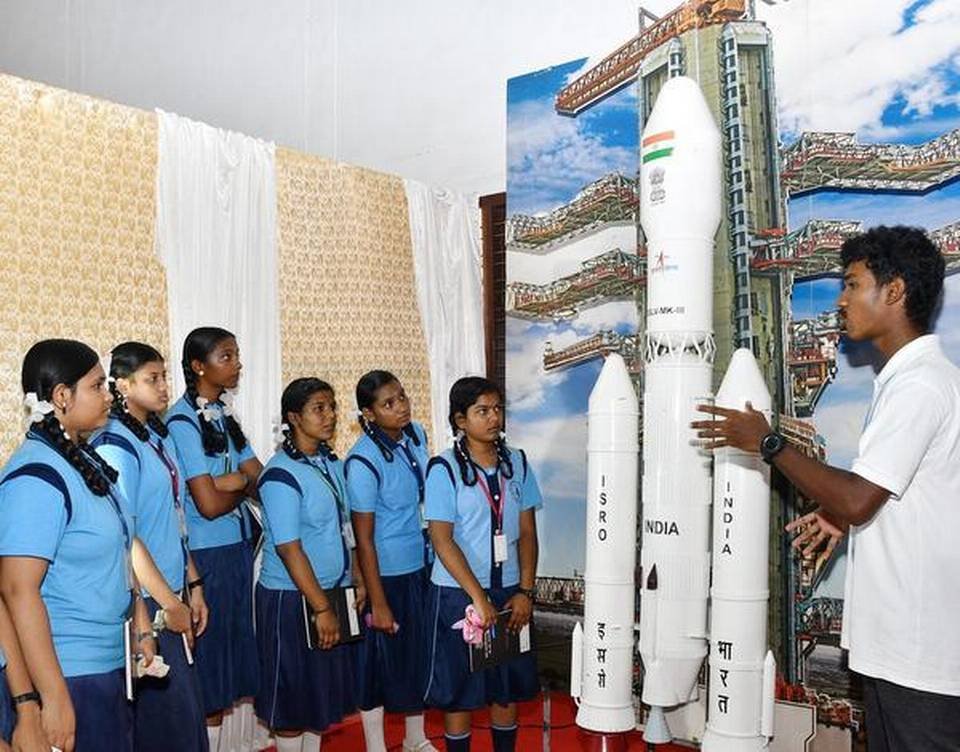 The expo is being organised to encourage the students to choose the challenging space research as their career and also to celebrate the birth centenary of Vikram Sarabhai, father of Indian space programme.

The IPRC, synthesizing a range of propellants for ISRO’s launch vehicles and having exhaustive facilities to test the efficacy of the home-grown propellants, has displayed a good number of models, including Geosynchronous Launch Vehicle and rocket engines.

Moreover, a range of lectures will be delivered by the experts as part of the event and answer the participants’ queries.

The audio visual shows also include ISRO’s ambitious programmes like Chandrayaan and Mangalyaan, all launched by Indian rockets. Visitors can graze the space with powerful telescopes during night.

A series of lectures and discussions by scientists on space, nuclear energy, agriculture, fishery etc. have been arranged. Career and employment guidance sessions for students will also be there.