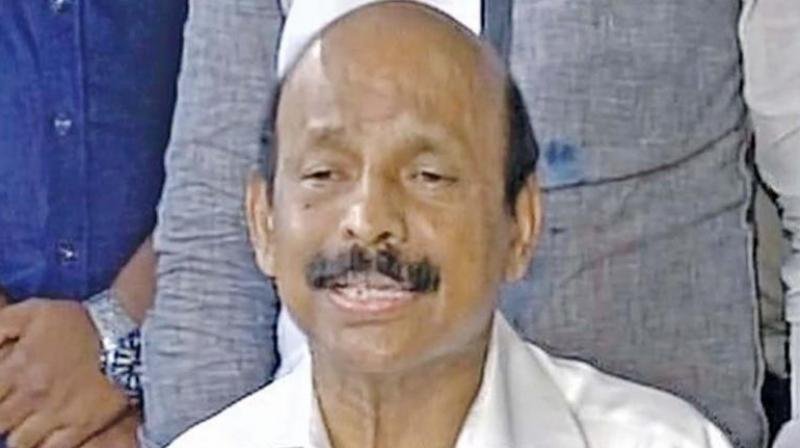 A water tanker that was behind the techie ran over her and she died on the spot.

Chennai: AIADMK senior and one of the founding members of the party C. Ponnaiyan has blamed the wind for the tragic death of Chennai software engineer Subashri, who was killed after an illegal banner put up by AIADMK functionary, fell on her, while she was riding her two-wheeler on September 12.

He indicated that his party functionary did not pull it down to cause the death of the 23-year-oldwoman. “The man who had put up the banner didn’t push it. It was only due to wind that it fell. If anyone has to be booked, it’s the wind,” Ponnaiyan said triggering a fresh controversy in the State, especially at a time when severalleaders have condemned the incident and issued diktat to their party not to put up welcome banners.

Though his bizarre remark in an interview to a Tamil news channel enraged many in the State, there has been no official reaction from the AIADMK so far.

Mr Ponnaiyan claimed that the party’s former Councillor (C. Jayagopal) had merely placed the hoarding announcing a marriage function in his family, and had not intended to hurt anyone.

“The wind had caused the banner to tumble and eventually it fell leading to the fatal accident,” he reasoned.

A water tanker that was behind the techie ran over her and she died on the spot.  The tanker driver and the owner of shop that made the flex boards were arrested and so was Jayagopal on Sept. 27, 14 days, after the incident.

The AIADMK leader’s statement is like mocking the death of Subashri, says DMK spokesperson Saravanan Annadurai. “No AIADMK man had met and consoled her family yet. We believe it was the reason why Jayalalithaa did not allow her party men to talk to media,” he said.