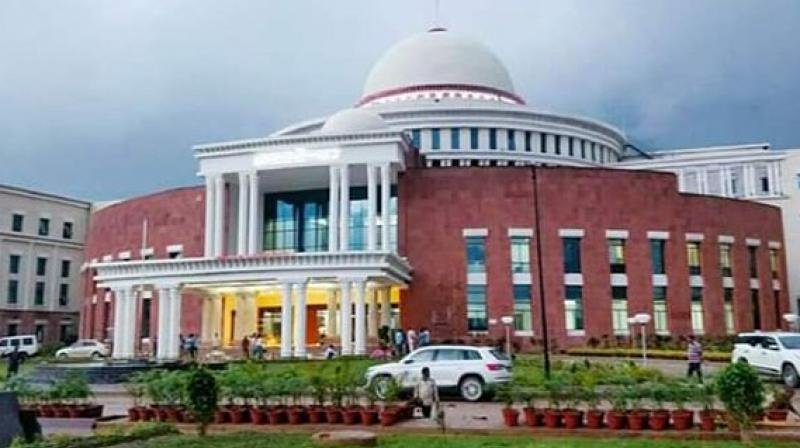 The three-storey Vidhan Sabha or Legislative Assembly building has been constructed at a cost of Rs 465 crore.

Ranchi: Prime Minister Narendra Modi on Thursday inaugurated the newly constructed building of the Jharkhand Assembly at Kute gram in Ranchi. The three-storey Vidhan Sabha or Legislative Assembly building has been constructed at a cost of Rs 465 crore.

Jharkhand Governor Droupadi Murmu and Chief Minister Raghubar Das were also present when PM Modi inaugurated the building. The foundation stone of the new Jharkhand Assembly or Vidhan Sabha was laid by Raghubar Das on June 12, 2015. It is supposed to be the first paperless Legislative Assembly in the country.

PM Modi then launched an ambitious pension scheme for farmers. Under the ‘Pradhan Mantri Kisan Mandhan Yojana’, farmers currently between the ages of 18 and 40 will get Rs 3,000 as a monthly pension after reaching 60 years of age.

The pension scheme has an outlay of Rs 10,774 crore for the next three years. All small and marginal farmers who are currently between 18 to 40 years of age can apply for the scheme.

PM Modi also inaugurated a multi-modal cargo terminal and laid the foundation of a secretariat building in Ranchi.

The cargo terminal, which was inaugurated online by the Prime Minister from Ranchi, has been built by Inland Waterways Authority of India on the river Ganga at Sahibganj. It will have a cargo storing capacity of 30 lakh tonne per year, a stockyard, a parking, and berthing space for two vessels.

The new Jharkhand Secretariat building will come up at an estimated cost of Rs 1238.92 crore. It will also have offices of 32 departments.

Jharkhand is scheduled to go to polls later this year.