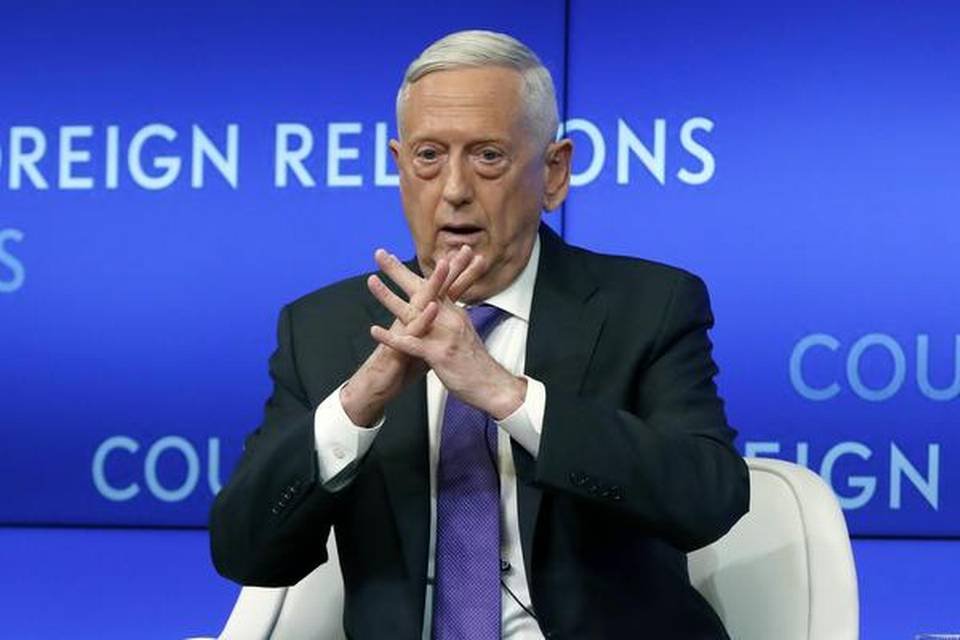 Jim Mattis has a decade of experience of interacting with the military leadership in Pakistan.

Terming Pakistanas the “most dangerous” country for its nuclear capabilities and radicalisation, former US Secretary of Defence Jim Mattis has said the tragedy for Pakistani people is that they do not have leaders who care about their future.

Mr. Mattis, who led the US forces into Afghanistan in the aftermath of the 9/11 attacks, has a decade of experience of interacting with the military leadership in Pakistan.

The 68-year-old veteran, who resigned as US defence secretary last year, says in his new book “Call Sign Chaos: Learning to Lead” that hit the book stores on Tuesday that Pakistan’s political culture has an active self-destructive streak.

“Pakistan was a country born with no affection for itself, and there was an active self-destructive streak in its political culture,” he said.

“Of all the countries I’ve dealt with, I consider Pakistan to be the most dangerous, because of the radicalisation of its society and the availability of nuclear weapons,” Mr. Mattis said.

The fastest-growing nuclear arsenal in the world cannot fall into the hands of the terrorists breeding in their midst, he said, warning that its result would be “disastrous”.

“The tragedy for the Pakistani people is that they don’t have leaders who care about their future. As an illustration of the lack of trust, when we believed we had identified Osama bin Laden’s hiding place deep inside Pakistan, President (Barack) Obama sent in a team to kill him without informing the Pakistanis,” he said.

Mr. Mattis writes in his book about the changes he made on the ground lines of communication to Afghanistan when he was Commander of the US Central Command.

“I was uneasy that more than 70 per cent of NATO’s logistics lifeline depended upon one route, via Pakistan. I took one look at the map and decided we had to change the pieces on the chessboard,” he notes.

Mr. Mattis writes that in September 2011 General John Allen, having replaced Dave Petraeus as NATO commander in Afghanistan, gave a warning to the Pakistani military.

“He had learned the Haqqani terrorist group, harbored in Pakistan, was preparing a massive truck bomb. General Ashfaq Kayani, the Chief of Staff of Pakistan’s army, said he would take action.

“Two days later, that bomb detonated at a US base near Kabul, wounding seventy-seven American soldiers and killing five Afghans. A few days later, Haqqani terrorists attacked our embassy in Kabul,” he writes.

At a diplomatic function in Washington, Mr. Mattis bumped into the then Pakistani ambassador to the US Husain Haqqani, and slammed him with what he describes as “obscenity-laced” message.

“You have a Pakistan Army division headquarters in the same city as the terrorist headquarters. You say you’re not on their side, but now they attack our embassy in a raid coordinated from your side of the border. You’re supporting the very people who will kill you one day,” Mr. Mattis told Haqqani.

Referring to his bitter experience of interacting with the top Pakistani military leadership, Mr. Mattis said he concluded that America’s military interactions with Pakistan could only be transactional, based upon the specific issue at hand and what each side had to offer the other.

“Quid pro quo. Pakistan could episodically choose not to be our enemy, but it chose not to be a trusted friend or ally of the United States or NATO,” he said.

“Ultimately, it was in our common interest that we maintain a cautious, mindful relationship, with modest expectations of collaboration. We could manage our problems with Pakistan, but our divisions were too deep, and trust too shallow, to resolve them. And that is the state of our relationship to this day,” he writes.