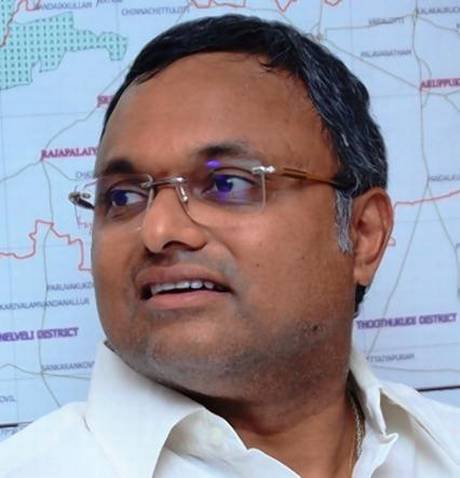 The Registrar General of the Madras High Court on Monday filed a detailed written submission before the court, asserting that a tax evasion case against Member of Parliament Karti P. Chidambaram and his wife Srinidhi Karti Chidambaram was rightly transferred from a Metropolitan Magistrate court to a special court for hearing cases against Members of Parliament and the Legislative Assemblies.

Justice P.D. Audikesavalu was told that the High Court, on its administrative side, could exercise the jurisdiction to transfer any criminal case to a special court “where it was expedient to meet the ends of justice”. It was stated that the High Court could order transfer of cases by exercising its administrative power of superintendence under Article 227 of the Constitution, read with Section 407 of the Code of Criminal Procedure.

After taking the written submissions on file, the judge told State Public Prosecutor A. Natarajan and senior counsel AR.L. Sundaresan, representing the MP and his wife, who had challenged the transfer of their case to the special court, that he would go through the pleadings and then decide on the next date of hearing of the case.

The issue was basically related to payment of tax following the sale of a 1.16-acre property at Muttukadu in March 2015. Income Tax officials had claimed that receipt of a cheque for ₹3.65 crore alone was shown as sale consideration, and tax was not paid for cash receipt of another ₹1.35 crore.

Dismissing the charge as false and baseless, the petitioners claimed not to have received any money in cash from Agni Estates and Foundation Private Limited, which had purchased the property. Since the case was of the year 2015 and Mr. Karti Chidambaram had become an MP only in May this year, the case need not have been transferred to the special court, they said.

Even otherwise, the transfer was completely erroneous since it was done directly to a Sessions Court, the petitioners pointed out. They said there were actually four special courts (two presided over by Sessions Judges, one by an Assistant Sessions Judge and another by a Metropolitan Magistrate) in Chennai for hearing cases against MPs and MLAs.

Section 276C (wilful attempt to evade tax) of the Income Tax Act of 1995 provides for a maximum punishment of only seven years of imprisonment and such cases could be heard only by an officer in the cadre of Assistant Sessions Judge.

Transferring the case directly to a special court presided over by a Sessions Judge deprives the petitioners of a chance of appeal, they contended. It was also argued that a Sessions Judge was not empowered to take cognisance of a case without it having been committed to him by a Magistrate.

In the present case, the tax evasion case had been simply transferred by an Additional Chief Metropolitan Magistrate, in the rank of an Assistant Sessions Judge, to the special court presided over by a Sessions Judge, they said.