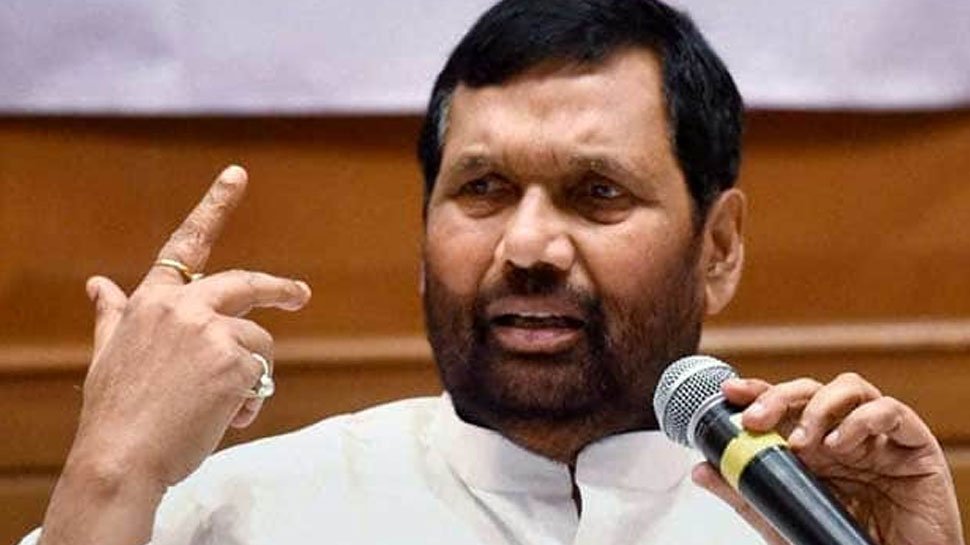 Paswan, who is Union Minister for Consumer Affairs and Public Distribution, had last week filed  his nomination paper for the one Rajya Sabha seat going to by-poll in Bih

It remains to be seen if anyone from the Opposition files nomination– the last date is June 25.

One of the most prominent Dalit leaders in the country, Paswan won the Bihar assembly election for the first time in 1969 and was elected to the Lok Sabha nine times since his first win in 1977. He was also sent to Rajya Sabha once before in 2010.

In a related development, two Biju Janata Dal (BJD) candidates and one Bharatiya Janata Party (BJP) candidate from Odisha were also elected to the Rajya Sabha unopposed on Friday.

The ruling BJD had supported Vaishnaw, a former IAS officer.

Since there were no other contenders, the Returning Officer after scrutiny of nomination papers announced the three to be elected.

The by-poll for the three vacant Rajya Sabha seats was scheduled to be held on July 5.

The seats had fallen vacant after the BJD`s Achyutananda Samanta, Pratap Keshari Deb and Soumya Ranjan Patnaik were elected to the Lok Sabha and the Odisha Assembly in the recently-concluded elections.

While Samanta was elected from Kandhamal Lok Sabha seat, Deb and Patnaik won from Aul and Khandapada Assembly segments, respectively.