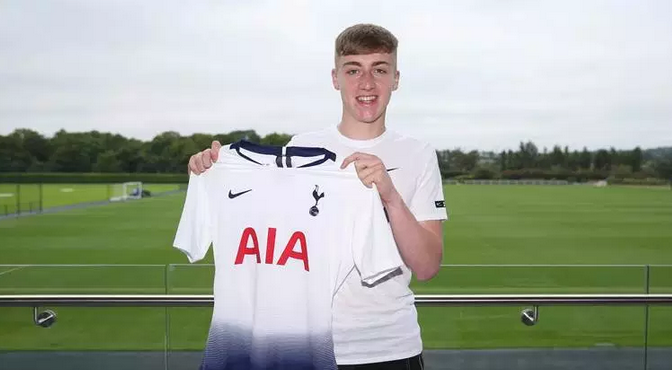 Tottenham Hotspur have signed Leeds United winger Jack Clarke and loaned him back to the Championship (second-tier) club for the 2019-20 season, the Premier League side said on Tuesday.

Clarke is the first signing in 18 months for the Champions League runners-up since Lucas Moura joined them in January last year.

Financial details of the deal were not disclosed but British media reported Spurs paid an initial £10 million for Clarke, who signed a contract until 2023.

“I’m delighted to join Tottenham and in the short term I’ll be giving my all to hopefully help Leeds win promotion,” Clarke said in a statement on Spurs’ website.

The 18-year-old played 25 times for Leeds in all competitions last season, grabbing two goals and two assists under Marcelo Bielsa.