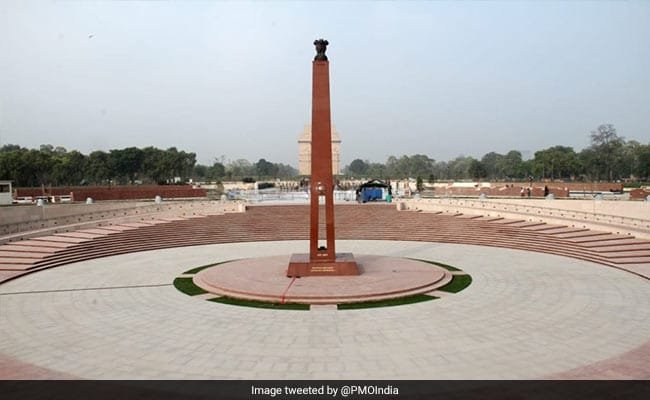 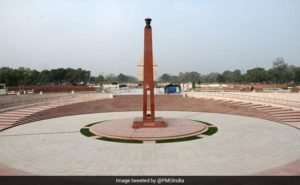 Prime Minister Narendra Modi will dedicate the National War Memorial, situated in the India Gate complex, to the nation today. He will light the flame positioned at the bottom of the stone-made obelisk to pay homage to the soldiers who died in the line of duty.

The National War Memorial complex, spread across 40 acres, includes a central obelisk, an eternal flame, and six bronze murals depicting famous battles fought by the Army, the Air Force and the Navy.

The National War Memorial will not replace the Amar Jawan Jyoti which was built in 1972 underneath the India Gate arch to commemorate soldiers killed in the Indo-Pak War of 1971. The memorial will remain intact, a senior army officer told the news agency PTI.

“The prime minister will dedicate the memorial to the nation tomorrow at a solemn function. The defence minister, chiefs of the Army, Navy and Air Force will be among the dignitaries present on the occasion,” the officer was quoted by PTI as saying.

PM Modi spoke about the memorial in his ”Mann ki Baat” programme on Sunday, saying not having such a memorial always pained and surprised him.

“I do believe that for our countrymen, a visit to the National War Memorial will be akin to a pilgrimage to a holy place. The national soldiers” memorial is a symbol of the nation’s gratitude to those men who made the supreme sacrifice after we gained Independence,” he said.

The names of 25,942 fallen heroes, along with their rank and regiment, are inscribed in the 16 walls of the memorial.

Apart from the soldiers who were killed in the wars in 1947, 1962, 1965, 1971 and 1999, the names of the soldiers who died while on Indian Peace Keeping Force Operations in Srilanka is also inscribed on the memorial.