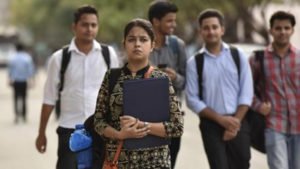 The reservation system which started as a measure to bring the backward classes on the same pedestal as their upper caste counterparts has time and again been used by parties for political gains. The debate over reservation was stirred yet again after the Union Cabinet on Monday approved 10 per cent reservation for economically backward in the general category.

The proposed quota is likely to be over the existing reservations will be available over and above existing 50 per cent reservation. There is no reservation for the section as of now. The government is likely to bring a constitutional amendment bill in Parliament on Tuesday.

There is no reservation granted on the basis of religion at the national level, although reservation has been extended to religious minorities in some states.

The Supreme Court had in 1992 passed an order as per which they had capped reservations in government jobs and education at 50 per cent. However, in July 2010 it had allowed states to exceed the 50 per cent limit for reservation if they can provide enough evidence on why that would be required.

Currently, the two states which are giving more than 50 per cent reservation are Tamil Nadu and Maharashtra.