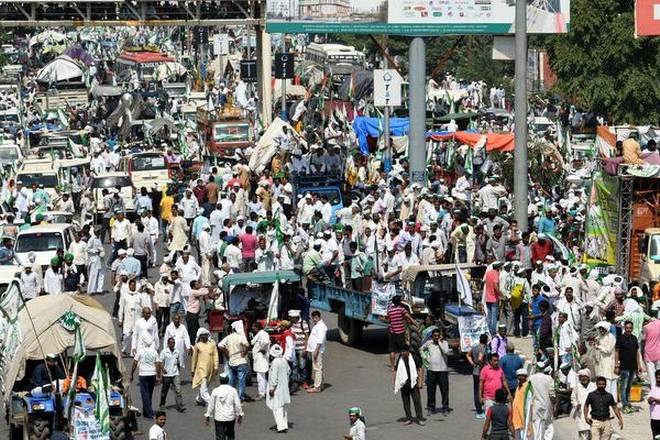 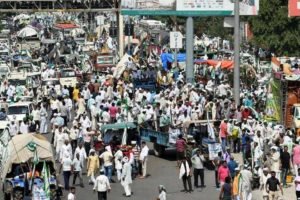 Members of the Bhartiya Kisan Union (BKU) sat on the road, inside their tractors, on pavements and on barricades installed by police near east Delhi’s Ghazipur at the Delhi-Uttar Pradesh border on Tuesday. Though, they started their journey from Haridwar on September 23, they had planned the protest in June itself, they said.

Khadak Singh Saini, gram adhyaksh from Muzaffarnagar, said BKU members meet at the VIP ghat in Haridwar on June 16-18 every year and that is where the march to Delhi’s Kisan Ghat was decided.

“After the decision was made, information was passed from the national-level dignitaries to State, district villages and further down,” said Mr. Saini.

But what goes into planning the march of thousands — the money involved, food requirements during the journey and personal needs of the women accompanying them?

Inside a tractor, a cot, a water container, a hookah, luggage and a stove reflect the needs of the journey.

The farmers claimed that at least 3,700 tractors, a few hundred buses and trolleys had started the journey.

“At least 50 people can be accommodated in a tractor and over 100 in a trolley. We mostly walk but senior citizens, women and children travel in the vehicles,” said farmer Rishipal, 50, from Bijnor.

They said the cost of one tractor, including fuel and food requirements of the travellers is over ₹10,000 a day.

“Fuel for a day is at least ₹5,000 and the rest includes other needs like meals,” Mr. Rishipal said, adding that the cost is borne by those who travel on the vehicle.

“We pool in money depending on who can give how much. We have been able to manage,” added Mr. Rishipal.

Members said before starting the journey, they prepare food which can last a few days and stock ration so they can prepare meals inside the vehicles. “When we run out of ration, we buy more on the way,” he said.

They also carry water containers which can last a few days and can be refilled on the way.

The farmers shared their heartfelt gratitude for people they encountered on the way, who helped them with basic needs.

“At many places, the locals set up tents for us, where they offered food and water. It is almost like the arrangements made for kanwariyas but organised by the locals,” said another farmer Surajvir from Muzaffarnagar.

The women members, significantly less in number as compared to men, shared how they manage to relieve themselves during the journey.

“It is a problem but we have portable makeshift toilets — separate ones for men and women — attached to several vehicles. We also use public convenience on the way if needed,” said Shivkanti, 40, from Kanpur.