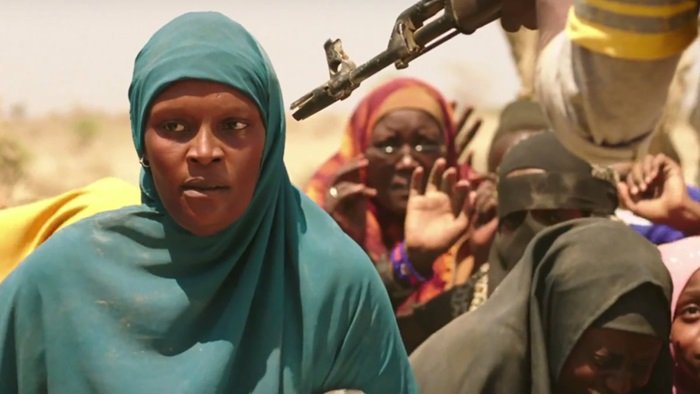 Are Muslim religious practices more intense than those of other religions and inherently dangerous to Western societies? Many people believe so. In recent surveys of 15 European countries, the Pew Research Center found that between 23 and 41 percent of respondents agreed that “Muslims want to impose their religious law on everyone else.” A similar survey in the United States revealed that 35 percent of respondents believe that American Muslims are prone to extremism, and 41 percent feel that Islam encourages violence more than other faiths — expressed in former Trump adviser Stephen K. Bannon’s comment that Islam is “the most radical” religion in the world.

We expected to find such hostility to Muslim religiosity in Western newspapers. Research finds that the news media tend to portray Muslims negatively, frequently associating Islam with terrorism and cultural differences that conflict with mainstream values.

But when we studied this, we found that newspapers cover Muslim devotion positively, not negatively. Newspaper articles that contain references to Muslims and devotion are not as negative as stories about other aspects of Islam — and, in some cases, are even positive.

Here’s how we did our research

We developed a process that uses dictionaries of positive, neutral and negative words (such as “attack,” “fourth,” or “beautiful”) to gauge the tone of individual articles. Negative articles contain more negative than positive words, and vice versa. For example, “bomb attack outside Afghan mosque kills 41, injures 56 on Muslim holiday” is a particularly negative sentence — with “bomb,” “attack,” “kills” and “injures” more than offsetting the positive tone of “holiday.” However, “American Muslims were excited about the stamp, which like Islam is beautiful in its simplicity” is positive, as it includes “excited,” “beautiful” and “simplicity.”

For our analysis, we collected over 800,000 articles published between 1996 and 2016 by doing database searches for the root words “Muslim” or “Islam” in dozens of newspapers from the United States, Great Britain, Australia and Canada. We compared these to a pool of over 100,000 randomly selected articles from American and British papers across the same period. Interestingly, we found no significant differences before and after the 9/11 attacks.

Overall, 78 percent of all articles mentioning Muslims or Islam have a negative tone. And they are not just marginally more negative: The average Muslim-related article is more negative than over 82 percent of articles in our random sample. Newspaper readers encounter a lot of negative words when reading these stories

Unsurprisingly, we found the highest concentration of negative language in articles that were about security concerns or were set in foreign locations. Foreign stories are especially likely to focus on violence and war.

Even excluding those from our study, however, most articles about Muslims remain negative — with one exception. More than 37,000 articles included devotion-related words such as “devout,” “devotion,” “faith,” “pray,” “observant,” “fasting,” “pilgrimage,” “pious” or “piety.” Although they represent less than 5 percent of all articles we collected, on average, these were modestly positive.

Among our four countries, this set of articles contained language that was very slightly negative in Britain, slightly positive in Australia, more positive in Canada, and most positive of all in the United States.

The disconnect between what we expected and what we found led us to question our findings. So we selected a random sample of 100 articles containing devotion-related words for a close reading. Three authors reviewed each article to see if they seemed intuitively positive, neutral or negative, and to identify common themes.

Those close examinations only confirmed our findings: Most articles about devout Muslims discussed their faith in a neutral or positive manner. For instance, in Australia, the Sydney Morning Herald published an exuberant piece about Yassmin Abdel-Magied, a Formula One race car driver described as a “conservatively-dressed Muslim woman.” It went on to explain that while she “revel[s] in breaking stereotypes,” she became a “de facto ambassador of her faith” after 9/11.

Many articles portrayed Islamic religious practices — like prayer or holiday observance — positively. In a Richmond Times Dispatch piece, for example, a Christian woman describes an encounter that she had with one of her Muslim colleagues this way:

“My friend and colleague Imad Damaj arose and quietly asked if there was place in my office he could pray. The time in the day had come to pray and, as a devout Muslim, he heeded the call. No fanfare, no show; just a whisper in my ear. His witness inspires and humbles me — always.”

Similarly, the non-Muslim author of a Toronto Star article writes that when he observed Ramadan with a Muslim family:

“The fast was not so much about empathy for the poor, as experiencing the challenge Muslims face observing these rituals in a non-Muslim world . . . I cannot help but admire the determination of Muslims during Ramadan.”

Of course, the relatively small percentage of stories referring to devotion cannot offset the strong and consistently negative portrayal that characterizes most articles about Islam or Muslims. Stories about piety and faith are also quite different from those about politicized forms of religious observance such as sharia law or full-face veils.

But if newspapers in liberal democracies increasingly cover devotional practices within their countries or interfaith dialogue across religious divides, they may begin to soften readers’ prejudices about Islam and Muslims — prejudices that are often reinforced by the media, and that can have significant consequences for Muslims themselves.