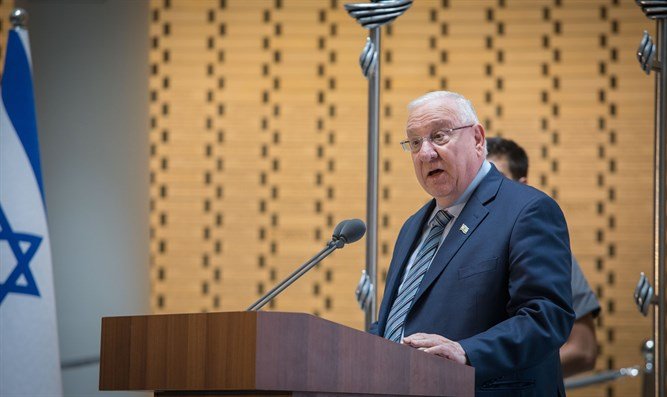 President speaks with Christian Media Summit about plight of Christians in region, restoration of important Christian holy site in Israel.

President Reuven Rivlin addressed the Christian Media Summit at the President’s Residence in Jerusalem Tuesday. The president addressed the plight of Christian communities throughout the Middle East.

“Dear friends, these are difficult times for our region. The war in Syria continues and Iran continues to spread hatred and extremism here and across the world. The Christian communities of our region are paying a terrible price,” Rivlin said.

He noted the tolerance Christians enjoy in Israel and recent developments affecting the Christian community, such as the restoration of Qsar al-Yahud, a Christian holy site on the Jordan River. “This is an exceptional development project and I am proud to promote it. Already, it is one of the main sites of pilgrimage for Christians of all denominations who come in growing numbers. We are working with the Christian world as a whole and we hope that one day you will all be able to go safely and follow the whole route from Jerusalem to Nazareth via Jericho and bathe in the waters of the River Jordan.”

Rivlin spoke of the Jewish people’s historic connection to the land of Israel. “Just last week, we found writing on a stone here in Jerusalem. It is from the first century BCE – two thousand one hundred years old. It has a name on it – Hananyia son of Dodalos from Jerusalem. It says Jerusalem in Hebrew letters that any first-grader in Israel could read. It’s the oldest item we have ever found with Jerusalem written as we read it today. It was found when building the new high-speed railway that links Jerusalem and Tel Aviv. It’s a truly remarkable find that links our past to our future.”

He continued: “Something else remarkable happened in Jerusalem this year. More than 50 years after Jerusalem was liberated, reunited, as the capital of Israel, and on the 70th anniversary of the establishment of the State of Israel I was delighted that the Embassy of the United States of America moved to Jerusalem. Others have already followed and we hope more will come. Thank you, President Trump!”

“70 years on, Israel is now a modern state inspired by an ancient history. Right here in Jerusalem, technology companies that make the world a better place stand on ground where the stories in the Bible happened. The words of Ezekiel, that Israel will prosper and flourish, are coming true.”