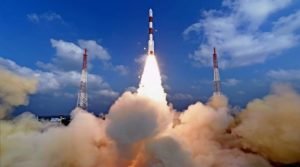 “The September 16 rocket launch will be a fully commercial launch. The rocket will be carrying only the two foreign satellites,” K. Sivan, Chairman of the Indian Space Research Organisation (ISRO), told IANS on Thursday.

He said such commercial launches were not new for ISRO as it has done that several times earlier. The PSLV rocket will blast off from the first launch pad of Satish Dhawan Space Centre in Sriharikota in Andhra Pradesh. The two satellites belong to Surrey Satellite Technologies Ltd (SSTL), UK, under the commercial arrangement with Antrix Corp Ltd – the commercial arm of ISRO.

According to ISRO, the two earth observation satellites will be launched into a 583 km Sun Synchronous Orbit. NovaSAR is an S-Band Synthetic Aperture Radar satellite intended for forest mapping, land use and ice cover monitoring, flood and disaster monitoring. S1-4 is a high-resolution Optical Earth Observation Satellite, used for surveying resources, environment monitoring, urban management and for disaster monitoring.