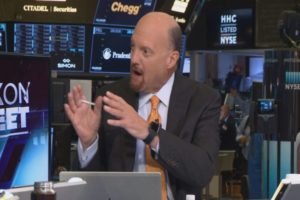 Its shares was up 5.9 percent Wednesday.

Bank of America Merrill Lynch reiterated its buy rating for Apple, citing the company’s growth in its services segment. Its sales grew 31 percent year over year in the June quarter versus the 26 percent Wall Street consensus.

“This was the best quarter ever for Services with Apple reporting strength from App Store, Apple Music, Apple Care and Apple Pay,” analyst Wamsi Mohan said in a note to clients Tuesday. “Management remains confident in doubling its F2016 Services revenue by F2020.”

Morgan Stanley said Apple’s services growth may make up for any future slowdown in iPhone sales.

“We see more upside than downside risk to the upcoming iPhone product cycle and a building Services narrative. Even if device revenue growth slows, Services and Wearables can pick up the slack,” analyst Katy Huberty said in a note to clients Wednesday.

Apple’s “services revenue growth rate … [drove] upside in Jun qtr,” Piper Jaffray’s Michael Olson said in a note to clients Wednesday. “It was a beat and was largely driven by paid subscription (which is a significant and growing part of services revenue) growth, including Apple Music, iCloud, etc.”

Olson reaffirmed his overweight rating and raised his price target to $218 from $214 for Apple shares.