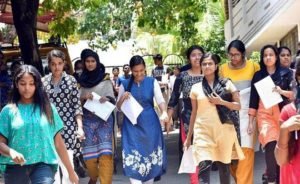 With counselling in full swing, the recent announcement in the Lok Sabha that Tamil Nadu has 11 fake engineering colleges could not have come at a worse time. However, the All India Council for Technical Education (AICTE) has clarified that the unapproved institutions primarily comprised catering and management colleges, quelling the panic among students.

Responding to a member’s query recently whether the government was aware of the number of fake engineering colleges in the country and if they had been identified, Union Minister of State for Human Resources Satya Pal Singh gave a break-up of the institutions. The member also wanted to know how many such institutions had been identified in the last three years.

The Minister said the AICTE had issued individual letters and public notices to the institutions and the State governments concerned instructing them to seek the council’s approval for conducting technical education programmes or close down.

According to the AICTE, as many as 277 ‘fake’ institutions functioned in the country and 11 of them were operating in Tamil Nadu.

On how the institutions could keep the affiliating university in the dark, he said: “A college has to first take approval from the AICTE; only then it can go to the university. Some people advertise that they are giving diplomas but the State government is not aware, and they are not approved by the State government. If someone takes admission, it is at his own risk. The AICTE and the UGC have put up details of the colleges on their website.”

The AICTE has a list 11 unapproved institutions on its website. These include institutions running hotel management, business management and human resource development courses.