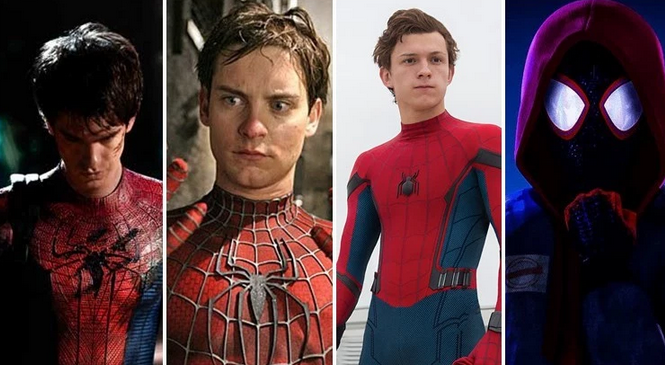 Spider-Man is one of the most popular comic-book superheroes around. It is easy to like this unassuming teenager who is saddled with the responsibility of being a superhero. He spends a troubled childhood as an orphan and yet ends up becoming a kind young man.

Spider-Man: Far From Home’s release is around the corner. The film continues the adventures of Tom Holland’s wall-crawler after the world-altering events of Avengers: Endgame. It is the sequel to 2017’s Spider-Man: Homecoming. Peter Parker leaves for a European vacation with his friends and comes face-to-face with Elementals and Jake Gyllenhaal’s Mysterio, who has come from another dimension.

Before watching the movie, let’s rank all the previous live-action Spider-Man films.

Andrew Garfield’s Spider-Man was quite lovable and comic-accurate, but the second film was woefully overstuffed, with no less than three villains. It didn’t help that the plot was a mess too and despite some impressive set pieces, the film felt flat.

This film was the live-action debut of Venom, one of Spidey’s best villains (if not *the* best) and it was so underwhelming that it felt like a PG 13 version of the massive, hulking comic-book Venom. His teeth were like a baby shark’s instead of the usual otherworldy set of huge canines and his size was the same as Spider-Man. The size of Venom is probably the first thing one notices while reading comics involving the character. He is much bigger than a human. Whatever the faults of Tom Hardy’s Venom, the look of the character was on point. Spider-Man 3 was also ridiculed for other stuff. Peter in one scene is partially controlled by the symbiote and capers playfully on the street and also suddenly remembers he knows how to play a piano.

Quite a decent film, especially considering how soon it came after Tobey Maguire’s trilogy. Andrew Garfield’s web slinger was arguably more accurate to the lore than Maguire’s was. Garfield played the role in the the character’s trademark cocky way, uttering one-liners while fighting baddies, but also displaying sensitivity.

Tom Holland’s brief appearance as Spidey in Captain America: Civil War was a revelation. His take felt fresh and different from both Maguire and Garfield. Due to his boyish face and higher voice, Holland really did look and sound 15. The film also boasted of one of MCU’s best villains, Michael Keaton as Adrian Toomes or Vulture. Adrian Toomes is an ordinary person. He turns to crime to support his team and family. He is not an evil sorcerer, a cackling demon, or an all-powerful alien with world-conquering designs. He is just an everyman with a little alien technology at his disposal. As it is often said in an Indian political context, “Never underestimate a common man”. A common man who is protecting his family? Nothing could be deadlier.

The film that kicked off the modern age of superhero movies with their computer-aided visual effects. The film still does not feel dated after 17 years of its release. An origin story of one of most loved superheroes, Spider-Man had Tobey Maguire’s Peter Parker being bitten by a genetically engineered spider. The bite gave him powers of a humanoid spider and a muscular body. He could also swing through the powers of web that, unlike in comics, came from his own wrist and not from a gadget. The film feels earnest and innocent. It also had the perfect balance of humour and darkness. It is not a co-incidence that MCU’s Spider-Man skipped the character’s origin story altogether. It was because Spider-Man had done it so well. It would have felt redundant.