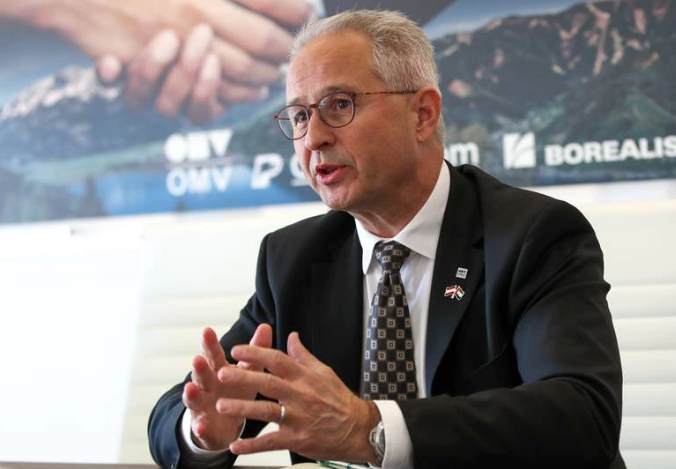 Europe is a “few years” away from overcoming its current energy deficit triggered by the loss of Russian gas supply, according to Alfred Stern, chief executive of Austrian energy group OMV.

The continent is in the middle of its worst energy crisis after Russia, the region’s biggest natural gas supplier, curtailed exports sharply in response to EU sanctions over its military offensive in Ukraine.

However, the crisis has been a few years in the making. Spending on new oil and gas projects has nearly dried up amid pressure from investors, who have adopted more pro-renewable energy strategies in recent years.

This issue is “bigger than Europe” and is a result of underinvestment in the energy sector, as well as from “thinking that we could magically move to renewable energy overnight”, Mr Stern told The National at the Adipec energy summit in Abu Dhabi.

“Fixing this up will require significant investments, and typically, our industry is one that has very long investment cycles,” he said.

Upstream oil and gas investment needs to increase and be sustained near the pre-coronavirus levels of $525 billion through to 2030 to ensure market balance, according to the International Energy Forum.

Upstream investment in 2021 was depressed for a second consecutive year at $341bn — about 25 per cent below 2019 levels.

To replace Russian gas in the short-term, some European countries have brought coal-fired power plants back into operation and this has triggered concerns about their ability to meet climate commitments.

“Too much coal power is coming back on stream, but the carbon-dioxide footprint is much better with natural gas … we should make sure that we bring this back on track because, otherwise, we are going to go backwards on climate change,” said Mr Stern.

Europe boosted its liquefied natural gas (LNG) imports from the US and Gulf countries before the start of the peak winter season.

Austria’s gas storage sites are completely full and now the EU country is looking to secure supplies for 2023.

Last week, OMV signed a preliminary agreement with Adnoc with the aim of purchasing an LNG cargo for next year’s winter.

“Even if the Russian supplies should stop, we can supply 100 per cent of our customers in Austria with non-Russian gas … we are already looking to next winter and that is why it was important to sign this [deal],” said Mr Stern.

OMV, which has a long-term LNG contract with Qatar, is “also looking at the US and other sources of supply”, said Mr Stern.

The US, which exported 11.1 billion cubic feet per day of LNG in the first half of 2022, has more LNG export capacity than any other country, according to the US Energy Information Administration.

The current strains on gas supply have led to energy shortages in several parts of the developing world that rely on imported gas, notably Pakistan and Bangladesh.

Meanwhile, major growth markets for gas, such as India and China, have sharply reduced their LNG imports in 2022.

“Developing countries can no longer afford the [high LNG prices] … we need to ramp up capacity,” said Mr Stern.