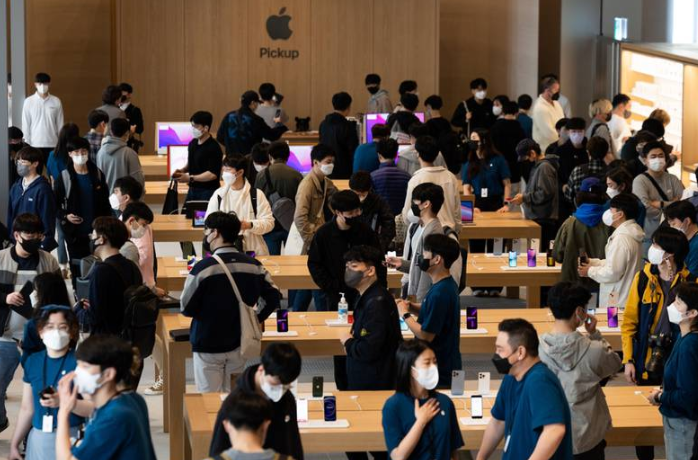 Apple has topped an index of the world’s best brands for the 10th year in a row, leading a band of technology companies on top of a list that shows how dominant the sector has become over the past decade, according to consultancy Interbrand.

The iPhone maker is the world’s most valuable company with a market capitalisation of about $2.2 trillion. Its brand value rose 18 per cent to $482.2 billion from $408.3bn a year ago, New York-based Interbrand said in its ranking of 100 companies.

The top five brands all belong to the technology industry. US software company Microsoft climbed one place to second as its brand value surged 32 per cent — the best in this year’s rankings — to $278.3bn, overtaking Amazon, the world’s biggest online marketplace, which slipped to third as its brand value increased 10 per cent to $274.8bn.

“Humanity will advance more in the next 50 years than it has in all of history — a shift driven largely by technology. This acceleration will fundamentally shift how we engage with each other, with business and with the world at large,” Gonzalo Brujó, global chief executive of Interbrand, said in the report.

Toyota, Coca-Cola, Mercedes-Benz, Disney and Nike rounded out the top 10, all maintaining their same ranks from 2021 and with a combined brand value of about $274bn — which is still short of the value of each of the top three.

However, the top 10 can be considered a “super league”, as their business models have been built on a “foundation of exceptional experiences and strong integrity”, Interbrand said.