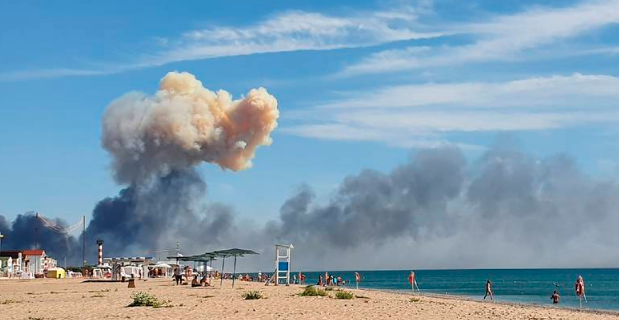 A series of explosions at a Russian air and naval base have left military analysts wondering what could have struck the site, which lies far outside the range of US missiles supplied to Ukraine, including the Himars multiple rocket launcher.

In June, the US supplied Ukrainian forces with the advanced, precision-guided rocket system, which American officials have said is being used to hit Russian rear area bases and logistics hubs almost 70 kilometres behind the front line.

But the Saki airbase, home to Russia’s Black Sea Attack Regiment, is 220km away from the nearest Ukrainian positions in Kherson, which is in the south of the country.