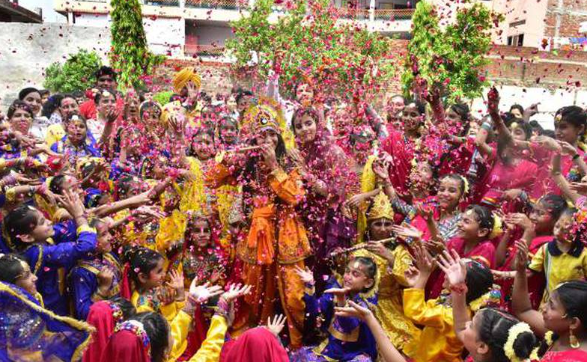 Millions of people in India celebrated the Hindu deity Krishna’s birthday on Friday, with major events held in the twin cities of Mathura and Vrindavan.

The festival, known as Janmashtami, is one of the biggest on the Hindu calendar and is celebrated with fanfare across the country.

In the holy cities of Mathura, where Krishna is believed to have been born, and Vrindavan, where the deity is believed by Hindus to have spent his life, in northern Uttar Pradesh state, temples were decked with flowers.

At Shri Krishna Janmasthan, the temple complex at the exact site where the deity is believed to have been born, the main festivities were set to begin at night and would continue until midnight, temple authorities said.

“The offering of prayers will begin at 11pm with the offering of 1,000 lotus [flowers] to Lord Krishna’s idol and will continue until 1.30 am on Saturday,” Kapil Sharma, the secretary of Shri Krishna Janmasthan Seva Sansthan, said.

More than five million devotees from across the country had arrived at the temples to celebrate.