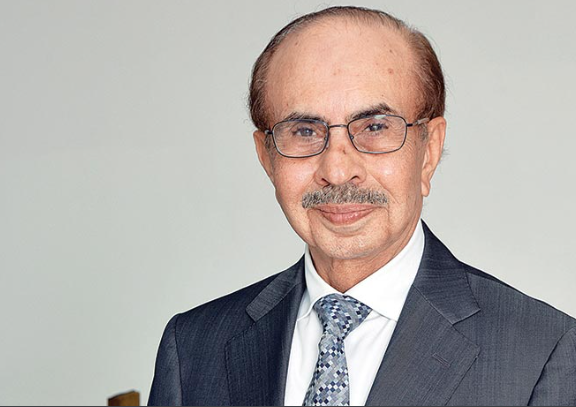 The $4.1 billion Godrej Group has initiated a formal exercise to divide the businesses between two groups-one led by the families of patriarch Adi Godrej and his brother Nadir, the other by their cousins Jamshyd Godrej and Smitha Godrej Crishna, said people with knowledge of the matter.

Reorganising the consumer goods to real estate and engineering empire has been under discussion for months and has now gathered momentum with Pirojsha Godrej, Adi Godrej’s son, representing that side of the family. Jamshyd is representing the other side, along with Purvez Kesri Gandhi, chief financial officer, Godrej & Boyce. External advisors close to the family-bankers Nimesh Kampani, Uday Kotak and legal experts Zia Mody of AZB & Partners and Cyril Shroff-are also being consulted.

“The Godrej family has been working on a long-term strategic plan for the group for the last few years to ensure best value for its shareholders,”Godrej Industries Ltd (GIL) and Godrej & Boyce told ET in a joint statement.

“As part of this exercise, we have also sought advice from external partners. These discussions between the family remain ongoing,” they said. A resolution is expected in the next six months, according to one of the people aware of the developments.

The 124-year-old business group, which started as a lock company that went on to make the world’s first vegetable oil soap, is among the most respected in India, with the fourth generation of the family involved in business operations.

“It will be a complete large-scale division of assets,” said an executive, who sought anonymity as did all the insiders who spoke to ET. Adi Godrej, said people close to him, would have been happy to maintain the status quo but the new generation wants clarity on ownership.

Other than the privately held Godrej & Boyce, the remaining listed entities-GIL, GCPL, Godrej Properties and Godrej Agrovet-have all been controlled and run by Adi and Nadir’s side of the family. All family members own shares in each other’s companies and have board representation.

The latest move follows Adi Godrej stepping down as the chairman of GIL to serve as chairman of the Godrej Group and chairman emeritus of GIL, elevating Nadir Godrej, who was managing director, to take over from him this month. Besides this, over the years, Adi Godrej has passed the baton to his three children to run various group businesses. Son Pirojsha heads Godrej Properties, the real estate arm of the group, as its chairman. Eldest daughter Tanya Dubash is executive director and chief brand officer for the group. Youngest daughter Nisaba Godrej has been heading Godrej Consumer Products Ltd (GCPL), the single largest company in the group, as its chairperson since 2017.