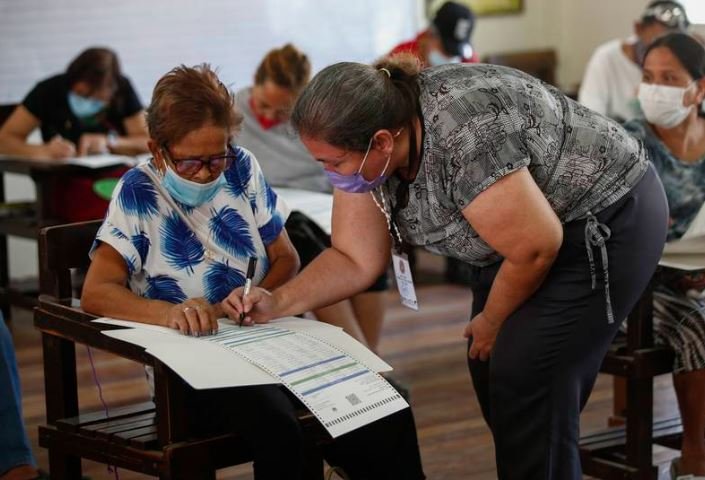 Three security guards were killed on Monday when gunmen opened fire at a polling station in southern Philippines, as millions of people voted in national elections.

A fourth guard was wounded in the attack, police said.

Elections are a traditionally a volatile time in the Philippines.

Voters ran for cover when the shooting started at the school that has been turned into a polling station, former mayor Ibrahim Mangudadatu said.

The shooting came after the explosion of five grenades outside a polling station in Datu Unsay municipality late on Sunday that left nine people wounded.

Minutes after that attack, a grenade exploded in the neighbouring municipality of Shariff Aguak, but there were no casualties.

Both of those towns are also in Maguindanao province.

The son of former dictator Ferdinand Marcos is the favourite to win the presidential vote, which would return the clan to the pinnacle of political power.

Ferdinand Marcos Jr, whose father was ousted in a 1986 army-backed uprising, has led pre-election surveys with a seemingly insurmountable lead.

But his closest challenger, Vice President Leni Robredo, has tapped into shock and outrage over the prospect of another Marcos recapturing the seat of power and harnessed an army of campaign volunteers to underpin her candidacy.

Thousands of personnel from the police, armed forces and coastguard have been stationed across the archipelago to help secure polling stations and ballots, escort election officials and guard checkpoints.