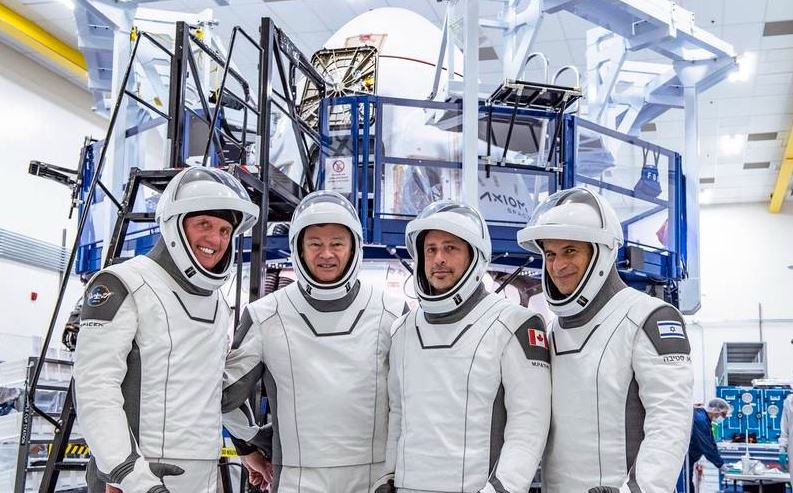 The first US-led private mission to the International Space Station is set for lift-off on Friday.

Axiom Space, a private company that plans to build its own commercial space station in low-Earth orbit, is sending an American, an American-Spanish citizen, an Israeli and a Canadian for an eight-day stay on the floating laboratory.

SpaceX is providing launch services for the Ax-1 mission, with the crew launching on a Falcon 9 rocket from Florida’s Kennedy Space Centre at 7.17pm, UAE time.

The crew will live on the US segment of the station and can have access to the Russian side only “by invitation”, said Michael Suffredini, president of Axiom.

The company has planned a series of such missions in the coming years in the hope of establishing its commercial space station within this decade. It would replace the ISS once it is retired.

“Axiom Space was really formed to make space more accessible to everyone and this really does represent the first step where a bunch of individuals who want to do something meaningful in low-Earth orbit that aren’t members of a government are able to take this opportunity,” Mr Suffredini, a former Nasa ISS programme manager, told a virtual press conference on Sunday.

“It is really a precursor mission to a commercial space station that we are developing.

“The first module will launch in late 2024, so this is the first of a series of precursor missions before our space station is launched and assembled in orbit, ultimately replacing the International Space Station when it is retired.”

The module will be attached to the ISS, creating access for researchers, astronauts and tourists.

Once the space station retires, Axiom will detach its modules and commence operations on its own.

The Ax-1 crew have spent “hundreds of hours” preparing for the mission and will be carrying out 25 experiments while on the ISS.

Michael Lopez-Alegria, a former Nasa astronaut, will be the commander of the flight on the Dragon spacecraft.