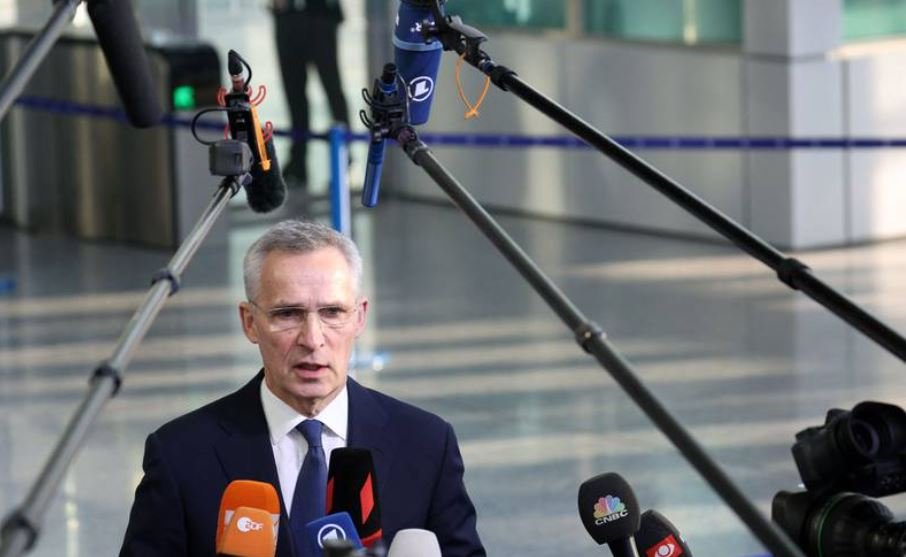 Nato Secretary General Jens Stoltenberg is poised to stay in post beyond the end of his term in October after Russia’s invasion of Ukraine plunged the alliance into crisis.

Mr Stoltenberg had been due to step down after eight years in charge of Nato and become the governor of Norway’s central bank.

But multiple reports said Mr Stoltenberg, who was leading an emergency Nato summit in Brussels on Thursday, would be offered a third extension after initially taking up a four-year post in 2014.

Asked about the possibility of staying on, Mr Stoltenberg said he would “leave that decision to the 30 leaders” of the alliance and had no further comment.

There is no formal selection procedure for the secretary general’s job, with a winner emerging from closed-door consultations between diplomats. Any extension would be agreed by consensus.

The civilian role is traditionally held by a European statesman, with a US general taking Nato’s top military post. Mr Stoltenberg is a former prime minister of Norway.

No clear frontrunner had emerged in the race to succeed Mr Stoltenberg, although there was speculation that a candidate from Eastern Europe might be chosen to send a message to Moscow.

Russia’s invasion has prompted Mr Stoltenberg to order a rethink of Nato’s military posture in the east to deal with a more hostile Russia. It also comes as the alliance updates a strategic blueprint that was last revised in 2010.