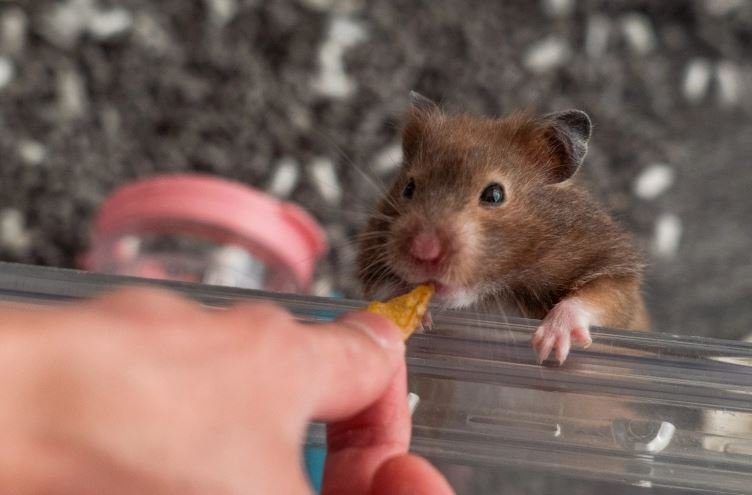 Since the pandemic began, 19 species of animals across 35 countries have contracted COVID-19, but people remain the biggest risk.

A pet sneezes, its nose is runny, and it seems sluggish. Could it be a normal pet illness like a cold – which can be caught by dogs and cats from human owners – or could it be COVID-19?

It is a question that has sat uncomfortably on the minds of many pet owners throughout the pandemic and was resurrected again in January when authorities in Hong Kong culled hundreds of hamsters and other small animals following an outbreak of the Delta variant traced to a pet shop and warehouse.

Since the pandemic began, 19 species of animals across 35 countries have contracted COVID-19, ranging from domestic cats and dogs to white-tailed deer and even gorillas, according to the World Organization for Animal Health (OIE).

The hamster outbreak was notable as the second-ever recorded case of animals reinfecting humans with the virus – and the first traced to the international pet trade as the animals were imported from the Netherlands.

In 2020, farmed mink in Denmark were also found to have spread the virus to humans, leading authorities to cull millions of animals, but confirmed cases of COVID-19 being transmitted from animals to humans have been few and far between.

More recently, researchers said in late February that a white-tailed Canada deer may have infected a human, according to another pre-print study, although the case has been difficult to trace.

Scientists say it remains difficult to assess the immediate risk of COVID-19 in animals, and why some animals appear more susceptible than others.

But a key risk factor can be found at the cellular level.

COVID-19 infects humans via the angiotensin-converting enzyme-2 (ACE-2) receptor on cells, which means animals with a similar ACE-2 receptor are more at risk of contracting the virus than others, according to Suresh Kuchipudi, a veterinary virologist at the University of Pennsylvania.

“Based on the similarity of ACE-2 receptors in animals to humans, we can then predict at least with reasonable certainty, which animals are likely to be infected by the virus,” Kuchipudi told Al Jazeera.

Mustelids — the animal family that includes mink, otters, badgers, weasels, and ferrets — seem to be susceptible, as well domestic cats and dogs.

Other factors, however, also play a role. Some are known, like proximity to humans, while others are yet to be identified, Kuchipudi said, which is why all members of a single species are not equally susceptible.

The virus also did not spread to rabbits, chinchillas, mice, and guinea pigs kept in the vicinity of the infected hamsters.

Within a household context, there is so far no real risk of pet-to-human transmission of COVID-19, said Keith Hamilton, a trained veterinarian, and the head of the OIE’s preparedness and resilience department.

“We advise that people are careful around pets that have been infected and take hygiene precautions as they would around an infected person,” he said.

Humans are biggest risk to pets

Hamilton says the risks from pets are “not comparable” to a scenario like a mink farm, where thousands of animals are kept together in close proximity, providing the virus with an opportunity to mutate.

Household pets, by contrast, are only contagious for a similar period as humans with little chance of spreading the virus elsewhere if they are isolated with proper care. In the case of Hong Kong’s hamsters, their very small lung capacity meant that they were still a very low risk even though they were briefly contagious, he said.

In the long term, however, there is still reason to be vigilant, said Kuchipudi, as COVID-19 keeps mutating. Scientists have seen experimental and natural cases of spill over in zoos, managed settings like mink farms, and among North American deer, but there may be other cases that have yet to be discovered.

Hong Kong’s hamster outbreak was exceptional because the city’s “Zero COVID” policies made the virus easier to trace – but the same is not true elsewhere.

“The uncertainty is that there could be other animals in other geographical settings that may also be infected, but nobody is actually monitoring them,” he said. “The fact that there are no reports from other parts of the world doesn’t mean that this is not happening.”

One hypothesis about the so-far unknown origins of the coronavirus is that it jumped from wild animals that were on sale in the now-closed HuananMarket in the central Chinese city of Wuhan, where the virus first emerged in late 2019.

The more transmissible Omicron variant, which was first detected in South Africa, may also have evolved within an animal population before jumping back into humans, Kuchipudi said.

“It’s possible that a similar scenario could happen again in the future and reinfect humans even after the pandemic appears to have ‘ended’,“ he said.

“The challenge is, then, if we do not pay attention to the circulation of the virus in animals, then there is a possibility that we might be caught by complete surprise or blindsided when a completely novel variant emerges from an animal reservoir and starts infecting people all over again.”

For now, however, humans remain the riskiest source of the virus — for both their fellow humans and for animals — even as COVID-19 precautions are lifted around the world.