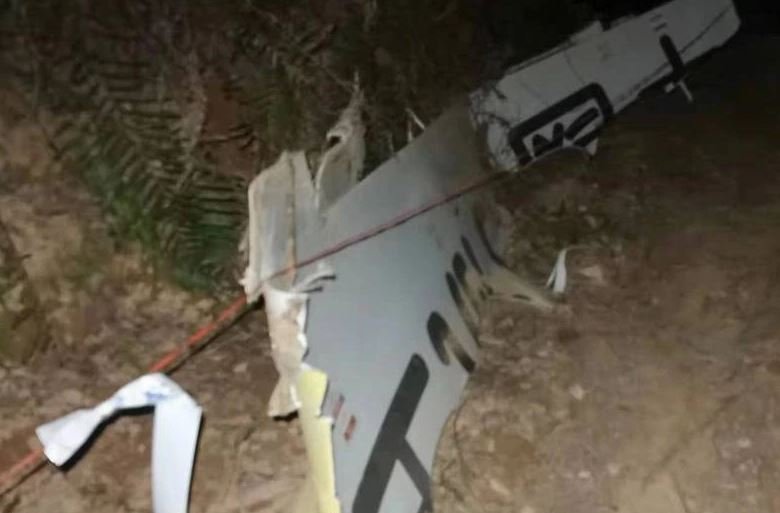 o survivors were found in the wreckage of a China Eastern plane that crashed on Monday with 132 people on board, state media said.

Rescuers searched the site on Tuesday, a day after China’s worst air disaster in more than a decade.

“Wreckage of the plane was found at the scene, but up until now, none of those aboard the plane with whom contact was lost have been found,” state broadcaster CCTV said, more than 18 hours after the crash.

The Boeing 737-800 crashed near the city of Wuzhou in the Guangxi region while flying from Kunming in the southwestern province of Yunnan to the industrial centre of Guangzhou along the east coast.

It ignited a fire big enough to be seen on Nasa satellite images.

The crash created a deep pit in the mountainside, the official Xinhua News Agency reported.

It said drones and a manual search would try to find the black boxes, which hold the flight data and cockpit voice recorders essential to crash investigations.

A base of operations was set up near the site with rescue vehicles, ambulances and an emergency power supply lorry. Soldiers joined rescue workers in combing the crash site and surrounding dense vegetation.

The steepness of the slope made positioning of heavy equipment difficult, although with few large pieces of the aircraft remaining, there appeared little need for them.

China Eastern Flight 5735 was flying at 8,840 metres when it entered a steep, fast dive at about 2.20pm local time, according to data from FlightRadar24.com. The plane plunged to 2,255 metres before briefly regaining about 370 metres in altitude, before diving again.

The plane stopped transmitting data 96 seconds after starting its dive.

It was carrying 123 passengers and nine crew members, the Civil Aviation Administration of China said. It was about an hour into the flight, and nearing the point at which it would begin descending into Guangzhou, when it pitched downwards.

Chinese President Xi Jinping called for an investigation into the crash and to ensure civil aviation safety.

The site in Guangxi is remote, accessible only by foot and motorcycle.

State media reported all 737-800s in China Eastern’s fleet were grounded. Aviation analysts said it is unusual to ground an entire fleet unless there is evidence of a problem with the model.

China has more 737-800s than any other country at nearly 1,200. If identical planes at other Chinese airlines are grounded, it “could have a significant impact on domestic travel”, said aviation consultancy IBA.