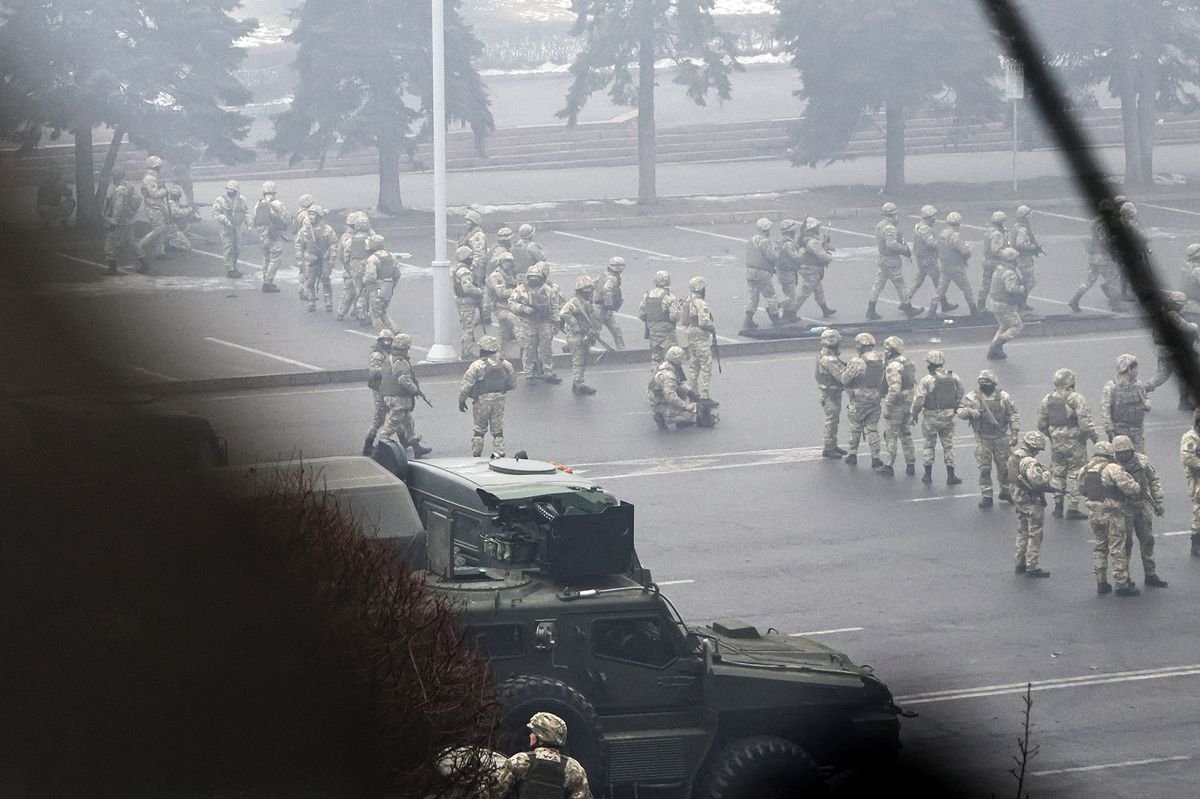 After requests made by President Kassym-Jomart Tokayev, Russia and Kazakhstan’s allies have sent peacekeeping troops to  manage the ongoing riots in the country.

Russia and its allies dispatched troops to help quell protests in Kazakhstan after fuel-price increases unleashed a wave of popular anger that poses the biggest threat to the central Asian country’s leadership in decades.

Dozens of anti-government protesters were killed by security forces, police said Thursday, after President Kassym-Jomart Tokayev ordered them to put down the demonstrations, which have drawn thousands. Banks were shut for the day.Tokayev imposed a nationwide state of emergency and internet access was severed across much of the country.

The intervention marks the second major move by the Kremlin in as many years to shore up an ally facing upheaval. In 2020, President Vladimir Putin stepped in to back Belarusian leader Alexander Lukashenko’s crackdown on popular protests, which drew sanctions from the US and its allies.