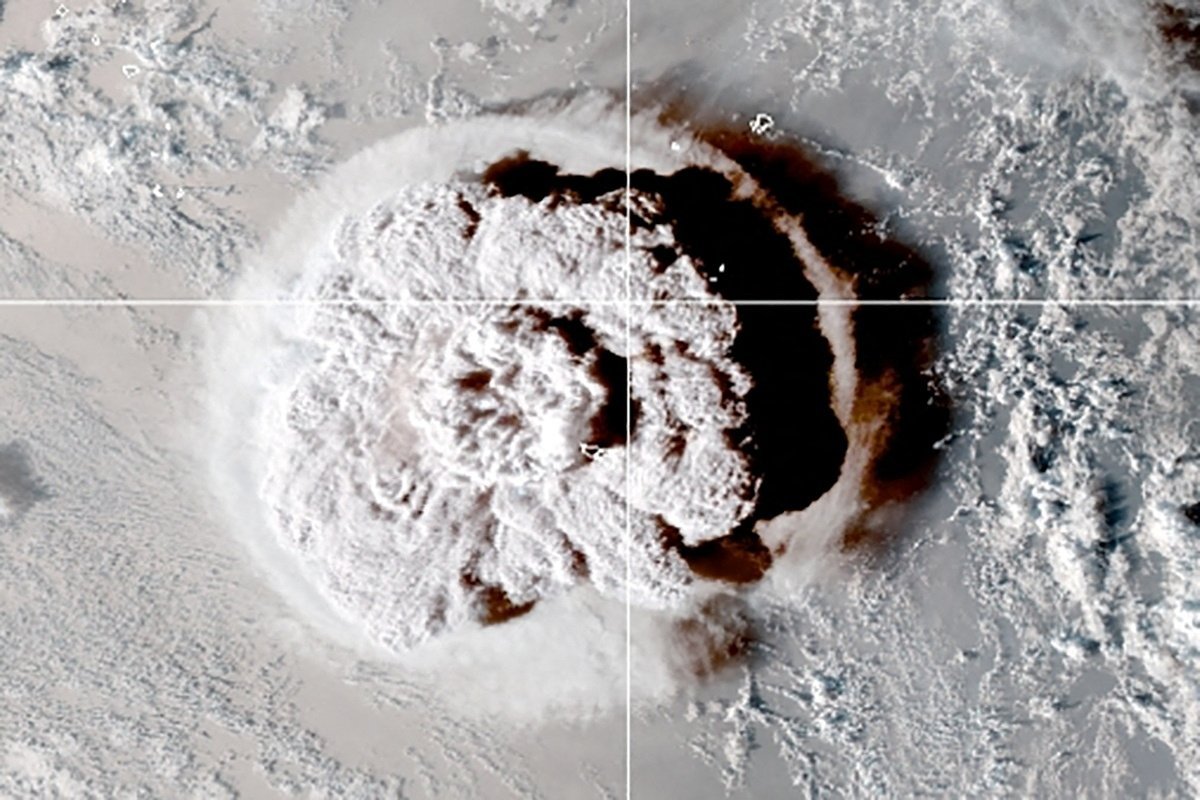 The eruption on Saturday was so powerful it was recorded around the world and heard as far away as Alaska, triggering a tsunami that flooded Pacific coastlines from Japan to the United States. 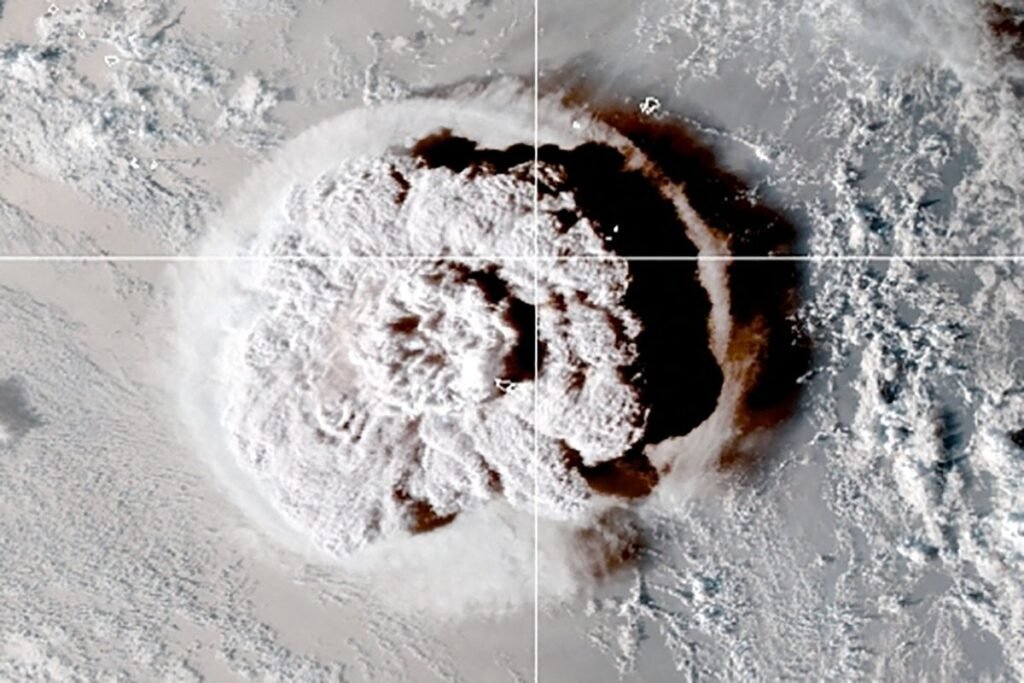 A massive volcanic eruption in Tonga that triggered tsunami waves around the Pacific caused “significant damage” to the island nation’s capital and smothered it in dust, but the full extent was unclear with communications still hampered Monday.

The eruption on Saturday was so powerful it was recorded around the world and heard as far away as Alaska, triggering a tsunami that flooded Pacific coastlines from Japan to the United States.

The capital Nuku’alofa suffered “significant” damage, New Zealand Prime Minister Jacinda Ardern said, adding there had been no reports of injury or death but a full assessment was not yet possible with communication lines down.

“The tsunami has had a significant impact on the foreshore on the northern side of Nuku’alofa with boats and large boulders washed ashore,” Ardern said after contact with the New Zealand embassy in Tonga.

“Nuku’alofa is covered in a thick film of volcanic dust but otherwise conditions are calm and stable.”

Tonga was in need of water supplies, she said, as “the ash cloud has caused contamination.”

There has been no word on damage in the outer islands but New Zealand sent an air force reconnaissance aircraft early Monday “to assist in an initial impact assessment of the area and low-lying islands,” the country’s Defence Force said.

The United States and the World Health Organization have pledged support, while the United Nations children’s agency said it was preparing emergency supplies to fly in.

A 1.2-metre (four-foot) wave swept ashore in the Tongan capital with residents reporting they had fled to higher ground, leaving behind flooded houses, some with structural damage, as small stones and ash fell from the sky.

“It was massive, the ground shook, our house was shaking. It came in waves. My younger brother thought bombs were exploding nearby,” resident Mere Taufa told the Stuff news website Saturday.

She said water filled their home minutes later and she watched the wall of a neighbouring house collapse.

“We just knew straight away it was a tsunami. Just water gushing into our home,” Taufa said.

“You could just hear screams everywhere, people screaming for safety, for everyone to get to higher ground.”

Tonga’s King Tupou VI was reported to have been evacuated from the Royal Palace in Nuku’alofa and taken by police convoy to a villa well away from the coastline.

Dramatic satellite images showed the long, rumbling eruption of the Hunga Tonga-Hunga Ha’apai volcano spew smoke and ash in the air, with a thunderous roar heard 10,000 kilometres (6,000 miles) away in Alaska.

The eruption triggered tsunamis across the Pacific with waves of 1.74 metres measured in Chanaral, Chile, more than 10,000 kilometres away, and smaller waves seen along the Pacific coast from Alaska to Mexico.

Two women drowned on a beach in northern Peru due to “anomalous waves” caused by the eruption, authorities said Sunday, and dozens of people required rescue from flooding in the south of the country.

In California, the city of Santa Cruz was hit by flooding due to a tidal surge generated by the tsunami, while waves of around 1.2 metres hit along Japan’s Pacific coast.

The US Geological Survey recorded Saturday’s eruption as equivalent to a 5.8-magnitude earthquake at zero depth.

The volcano’s eruption lasted at least eight minutes and sent plumes of gas, ash and smoke several kilometres into the air.

New Zealand scientist Marco Brenna described the impact as “relatively mild” but said another eruption with a much bigger impact could not be ruled out.

The eruption was so powerful it was even heard in Alaska, the UAF Geophysical Institute tweeted, saying the fact it was audible was “fairly unique.”

It cited Alaska Volcano Observatory scientists David Fee as recalling “only a couple other volcanic eruptions doing something like this” — namely, the 19th-century eruption of Indonesia’s Krakatau, and Alaska’s Novarupta, the most powerful volcanic eruption of the 20th century.

The Fife weather station in Scotland tweeted it was “just incredible to think of the power that can send a shockwave around the world” after the eruptions produced a jump in its air pressure graph.

Hunga-Tonga-Hunga-Ha’apai, which lies about 65 kilometres north of Nuku’alofa, has a history of volatility.

In recent years it breached sea level during a 2009 eruption, while in 2015 it spewed so many large rocks and ash into the air that when they settled, a new island had formed two kilometres long by one kilometre wide and 100 metres high.