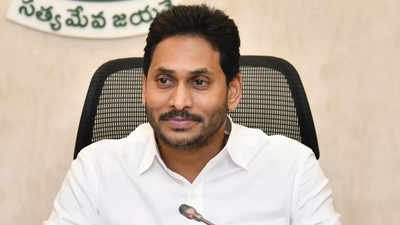 VIJAYAWADA: The Andhra Pradesh government on Monday took a surprise decision to go back on its three capitals proposal. The cabinet, which met at the assembly complex during the recession, resolved to repeal the three bills.

The decision was conveyed to the high court through the advocate general. The high court is hearing a bunch of cases against the three capitals bills of the state government.

The Jaganmohan Reddy government had tabled the three bills, decentralising the administration, in January 2020. It had proposed to make Kurnool in Rayalaseema region as judicial capital, Visakhapatnam in north Andhra region as executive capital and Amaravati in coastal region as legislative capital.

The government had proposed to move the high court and all judicial and legal institutions of the state to Kurnool, while shifting the administration to Visakhapatnam leaving legislature (both legislative assembly and legislative council) in Amaravati.

The move was opposed by all opposition parties and the farmers who gave their lands in land pooling system to establish capital in Amaravati. They had filed a number of cases challenging the three capitals bills. The cases are now being heard by the high court on a day-to-day basis.