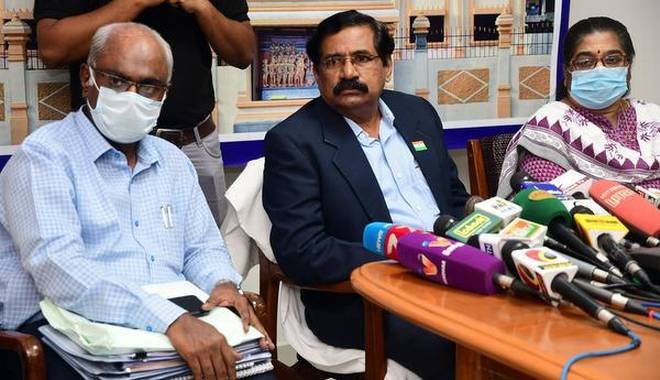 Senior advocate Mukul Rohatgi, for the Election Commission, originally asked for time till April 2022 to complete the polls.

Appearing before a Bench led by Chief Justice of India N.V. Ramana, senior advocate Mukul Rohatgi, for the Election Commission, originally asked for time till April 2022, that is, seven months, to complete the polls and report back to the court.

However, the senior lawyer immediately agreed to inform the Election Commission about the four-month deadline given by the Supreme Court to hold the elections.

“I will tell the Election Commission to speed it up,” Mr. Rohatgi informed the court.

“Mr. Wilson, you had filed a petition for elections… Now you want adjournment,” Chief Justice Ramana asked the senior lawyer.

Mr. Wilson replied that “everyone wants elections” to be held for the local bodies. The new government, which was sworn in only in May this year, was working hard to achieve that goal.

Mr. Wilson said there were over 600 urban local bodies in the State. He said his petition was originally about the prolonged delay in conducting delimitation and election to local bodies in nine districts. That objective had been achieved.

In the last hearing, the Election Commission had briefed the court that the polls to the local bodies in the nine new districts would be completed by October 12. The Commission had said it would then need a few months to prepare for the urban local bodies’ elections while taking into consideration the COVID-19 situation.

In June, the court had directed the TNSEC to complete the delayed local body elections in the new districts by September 15.

The court said the notification for the elections had been issued way back in 2019. The tenure of the previous local bodies had ended in 2018-2019.

In December last year, the court had granted an extension of six months to complete the delimitation and conduct the elections in the nine districts. The court had ordered the completion of the delimitation in these districts in three months. The districts are Kancheepuram, Chengalpattu, Vellore, Tirupathur, Ranipet, Villupuram, Kallakurichi, Tirunelveli and Tenkasi.