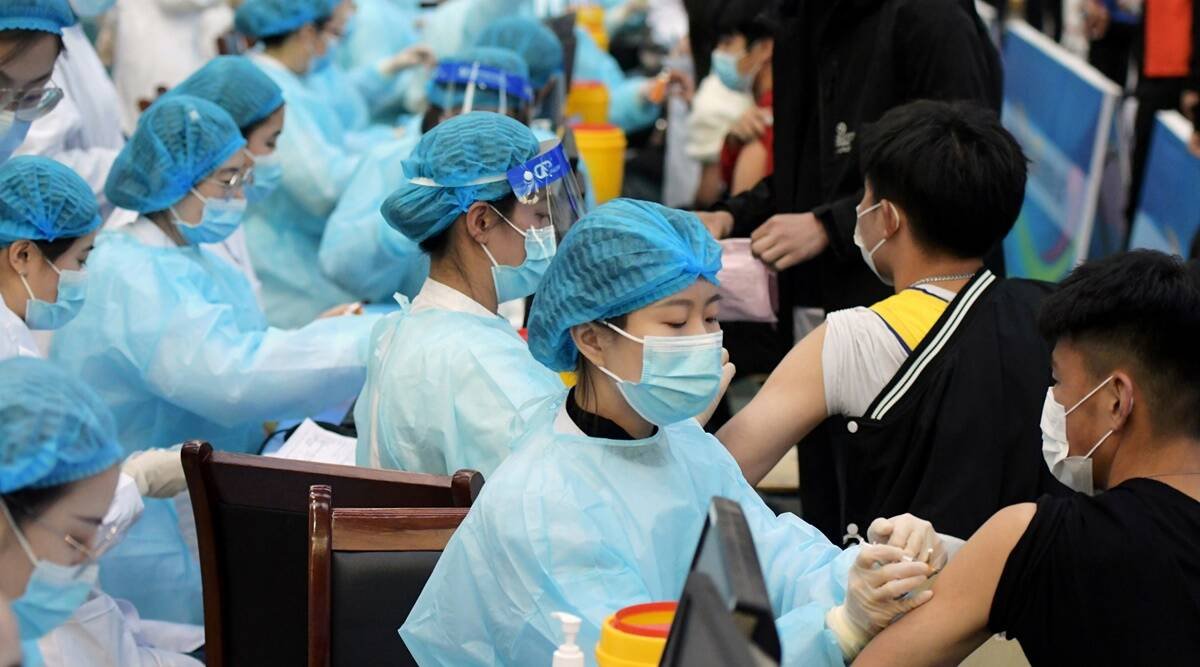 China is witnessing a fresh wave of coronavirus cases, fuelled by the highly transmissible Delta variant, which has spread beyond the capital city of Beijing to five other provinces across the country. Alarmingly, state media has indicated that the recent surge is the worst the country has witnessed since the domestic outbreak in Wuhan in December, 2019.

Nearly 200 cases have been detected, all of which have been linked to a small outbreak in Nanjing airport on July 20. Soon after, all flights from the airport were suspended until August 11, local media reported. The city, which is at the centre of the new outbreak, is now in the middle of mass testing and renewed restrictions.

A partial lockdown has been imposed, checkpoints have been set up to regulate the entry and exit of residents and some public transport has been suspended. Authorities are now facing widespread criticism for not being adequately prepared for the outbreak.

A health official from Nanjing said that the cases were all linked to cleaners who were working on a flight from Russia that arrived in the city on July 10, BBC reported. The cleaners allegedly failed to follow Covid hygiene protocol, a Xinhua News report said.

A senior disciplinary body of the Chinese Communist Party has pulled up the airport management, stating that it had “problems such as lack of supervision and unprofessional management”.

“A number of infection prevention measures weren’t implemented in detail,” it said in a statement on its website. “The early confirmed cases of this round of the epidemic were mainly found among ground staff and aircraft cleaning teams, which were outsourced to the Nanjing Lukou Airport Cleaning Co.”

“The airport did not separate the cleaning personnel responsible for cleaning domestic flights from those cleaning international flights, and routine supervision was seriously lacking,” it said.

Since then, the Delta Covid strain has spread to a number of cities and provinces across China, including Anhui, Guangdong, Hunan, and Sichuan.

The recent surge has once again raised questions about the efficacy of Chinese-made vaccines agains the Delta Variant. However, it is still unclear how many of those infected in the recent surge were vaccinated. In the recent past, several South East Asian countries have announced that they will no longer be using the Chinese jab.

There is also growing concern about a potential second cluster, connected to a popular live show in Zhangjiajie national park in Hunan province, CNN reported. Three people who tested positive for Covid in the city of Dalian are believed to have visited Nanjing airport before travelling to the national park for the live programme.

The programme was viewed live by over 3,000 spectators, all of whom sat in close proximity of one another. Several of the cases reported in Beijing recently were linked to the show, which has ended the capital city’s 17-day streak without any reported infections.

On Wednesday, senior provincial party leaders met in Jiangsu to discuss the recent surge in cases. In a statement published on their website, the Provincial Committee of the Communist Party of China acknowledged the current outbreak was “severe”.