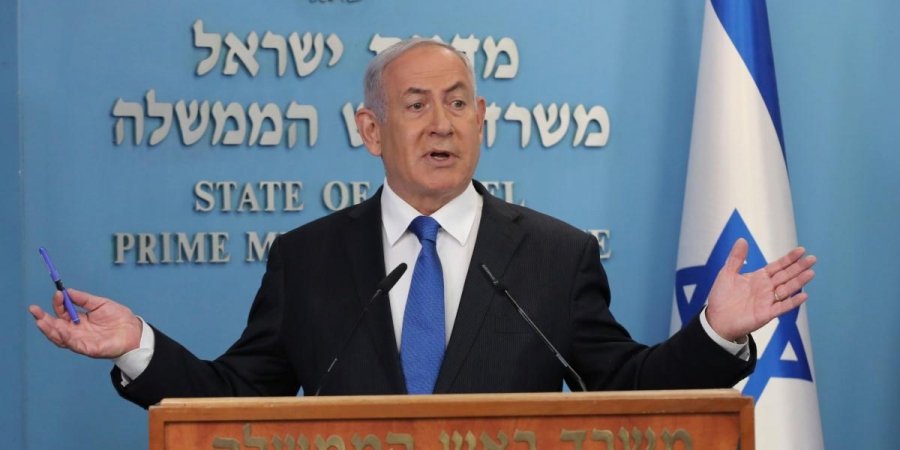 The mandate given by President Reuven Rivlin to Netanyahu to form a government expired on Tuesday at midnight with no breakthrough in coalition talks.

JERUSALEM: Israeli Prime Minister Benjamin Netanyahu has again failed to form a government by the midnight deadline, putting his political career in jeopardy and prolonging the country’s political stalemate that has seen voters return to the polls four times in less than two years.

The mandate given by President Reuven Rivlin to Netanyahu to form a government expired on Tuesday at midnight with no breakthrough in coalition talks.

It is for the third time in two years that Netanyahu, 71, has failed to form a government.

He had been trying for the past 28 days to build a coalition after the fourth inconclusive general election in two years.

Likud had won 30 seats in the general election in March, but Netanyahu could not muster enough coalition partners to command a majority of at least 61 seats in the 120-member Knesset, the Israeli parliament.

President Rivlin’s spokesman in a statement said: “Shortly before midnight, Netanyahu informed the President’s Residence that he was unable to form a government and so returned the mandate to the president.”

The statement said that Rivlin would contact the parties represented in the Knesset (Israel’s unicameral parliament) on the continuation of the process of forming a government.

The onus is now on the President to decide which of Israel’s other political leaders he might entrust with the task of trying to form a governing coalition.

The favourite to get the nod is centrist Yair Lapid, whose Yesh Atid party came second behind Netanyahu’s Likud in the March 23 election.

Lapid is a one-time Finance Minister who entered politics in 2012 after a successful career as a TV news anchor.

But even if Lapid is given the mandate, the key man in coalition negotiations would be Naftali Bennett, a former Defence Minister and leader of the right-wing Yamina party.

Bennett’s party had won seven seats in the election.

Netanyahu failed to persuade Bennett to join him in a power-sharing agreement that would have seen the pair take turns as prime minister.

Bennett had dismissed the offer, saying that even with his support Netanyahu could not muster a majority.

Likud blamed Bennett for foiling Netanyahu’s chances by refusing to commit to a right-wing government, “which would certainly have led to the formation of a government joined by additional members of parliament.”

The new political development raised the possibility that his Likud party could be pushed into the opposition for the first time in 12 years.

A long period of political stalemate in Israel has been complicated by Netanyahu’s ongoing trial for corruption, a charge he denies.

His rivals argue he should not remain in office while facing criminal charges.

Netanyahu is Israel’s longest-serving leader, having led five governments since 1996.

The last, which saw him share power with the then-main Opposition party to help tackle the coronavirus pandemic, collapsed in December, triggering the latest elections.

With the mandate now back in his hands, the President is set to consult again on Wednesday with the parties before deciding on his next move, expected within the next few days.

President Rivlin could now formally ask another political leader to try to assemble a coalition.

But this could risk the country going to the polls once again.

Instead of giving it to an individual, he could also choose to hand the mandate over to parliament, effectively inviting any of the parliamentarians to come back to him as the head of a 61-seat majority.

Until any new government is agreed and sworn into office, Netanyahu remains Israel’s Prime Minister.