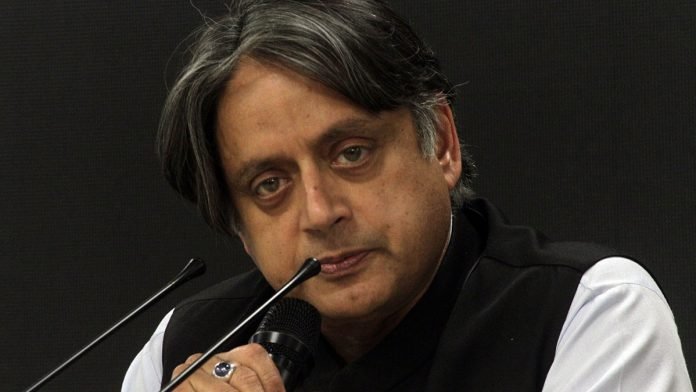 The fight erupted over Congress MP Shashi Tharoor saying that the parliamentary Standing Committee on Information Technology, which he heads, may summon Facebook over the report published on Friday by the Wall Street Journal.

A political row over a US media report that said Facebook’s content policies favoured the ruling BJP has led to three MPs sparring on Twitter. The fight erupted over Congress MP Shashi Tharoor saying that the parliamentary Standing Committee on Information Technology, which he heads, may summon Facebook over the report published on Friday by the Wall Street Journal.

As BJP MP Nishikant Dubey attacked him saying he had no right to do so without authorization, Trinamool Congress MP Mahua Moitra backed the Congress MP.

Mr Dubey has reportedly urged MPs of the BJP and its allies in the committee to write to Lok Sabha speaker Om Birla against Shashi Tharoor.

The Wall Street Journal report claimed that Facebook deliberately ignored disruptive content from members of the ruling BJP as well as right-wing voices and groups who have been “flagged internally”. The report cited interviews with unnamed Facebook insiders to claim that one of its senior India policy executives had intervened in an internal communication to stop a permanent ban on a BJP MLA from Telangana after he allegedly made communally charged posts.

When Congress leader Rahul Gandhi re-tweeted the report on Sunday, Shashi Tharoor posted: “The Parliamentary Standing Committee on Information Technology would certainly wish to hear from @Facebook about these reports and what they propose to do about hate-speech in India.”

Mr Tharoor said the MPs’ panel would consider a testimony under the topic “Safeguarding citizens’ rights and prevention of misuse of social/online news media platforms”.

To which, the BJP’s Nishikant Dubey, who is a member of the panel, retorted: “The Chairman of the Standing Committee does not have the authority to do anything without discussion of the agenda with its members. Shashi Tharoor, stop Rahul Gandhi’s agenda without authorisation by the Committee and Speaker.”

Mr Dubey said a parliamentary panel “should not be made a political platform by members to satisfy the ego of their respective party leaders”.

The BJP member’s comments provoked a sharp response from Trinamool Congress MP Mahua Moitra, also a member of the Standing Committee on IT. “Am IT committee member – agenda item was already agreed and bulletinised with Speaker’s approval at the beginning of the year. When to schedule each item and who to call is the chairman’s prerogative,” she tweeted.

“Amazing how BJP jumps up and down at anything to do with FB’s interests!” she remarked

Mr Tharoor, responding to Mahua Moitra’s tweet, posted: “You are absolutely right…by imputing motives to my decision, Nishikant Dubey has brought the Committee’s work into disrepute, a matter I will take up. Extraordinary that an MP would suggest that a matter of such great public interest should NOT be taken up by us!”

Nishikant Dubey responded to both. “Please read rule 269, regards,” he said to Mahua Moitra. The rule, according to a screenshot tweeted by Ms Moitra, says: “A witness may be summoned by an order signed by the Secretary-General and shall produce such documents as are required for the use of a committee.”

On Mr Tharoor’s tweet, he said: “Thanks for your comment, time will tell who brought the committee’s work into disrepute Mr. Chairman.”