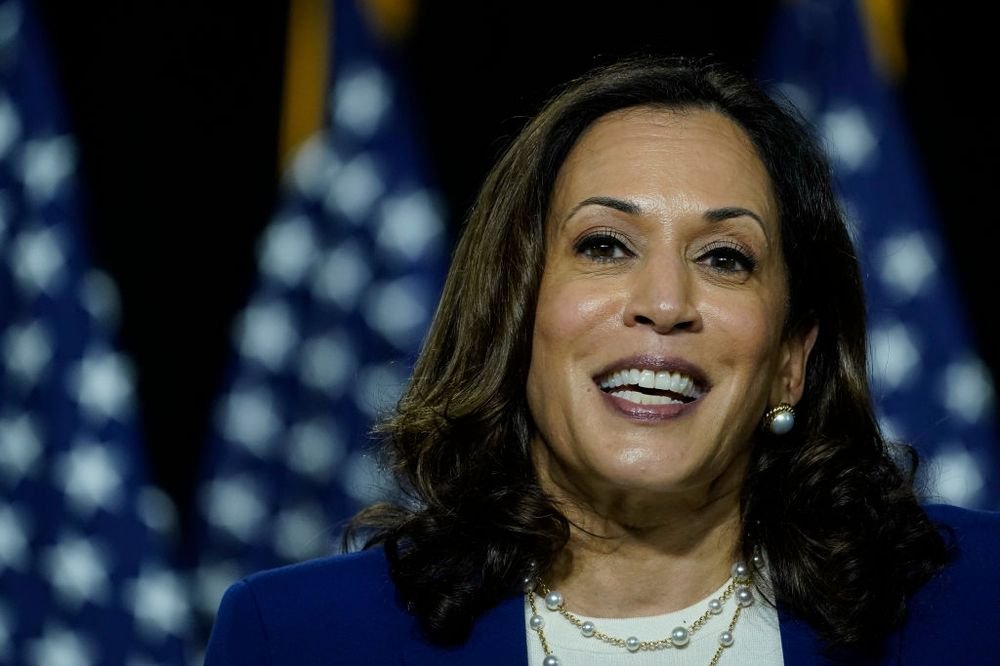 Kamala Harris’s selection as the Democratic Party’s vice-presidential nominee excited Indian Americans. The fact that her mother, Shyamala Gopalan, was an Indian Tamil enthused Indians and Tamils in India and the diaspora. It’s very likely that some Tamil Brahmins were pleased that a Tamil Brahmin’s daughter had made it so far in American politics. A few desis groused that Harris had emphasized her African-American identity at the expense of her Indian heritage.

An Indian American journalist, Sadanand Dhume,  alleged in a recent column in the Wall Street Journal that Kamala Harris “…airbrushes her mother’s community from her story. The words Tamil and Brahmin don’t appear at all.” Since Dhume’s piece is headlined, ‘What Kamala Harris Isn’t Saying About Her Mother’s Background’, the implication that Harris has tried to keep her Tamil Brahmin ancestry quiet is hard to avoid.

It’s an intriguing insinuation and it’s worth taking the column seriously if only to reflect on our relationship with inherited identity. Dhume supplies two possible reasons for Harris’s failure to acknowledge her Tamil Brahmin forbears.  He first concedes that as an American politician, Harris ‘…has no obligation to know about her mother’s ancestral community, much less to recount its story.” This is true. The trouble with this concession is that Harris can’t be reasonably accused of hushing up her Tambram past if she knows nothing about her mother’s origins.

This leaves the reader with the column’s second explanation for the omission: namely, the reluctance of the American Left to recognize the success of the Tamil Brahmin diaspora in the United States because to do so would be to acknowledge that the US is not an oppressive Leviathan, but a land of opportunity where immigrants flourish.

The reference to the Left might confuse Indian readers who have read Harris described as a centrist who is often critiqued by left-wing Democrats for her political history as an aggressive prosecutor. But in the Journal’s op-ed universe where Dhume can declare that India “…adopted socialism in 1947…”, Harris probably does figure as a furious leftist airbrushing her Brahmin past to badmouth America. In the world that the rest of us live in, though, there are simpler speculative explanations for the absence of Tamil Brahmins from Harris’s book.

Kamala Harris might, for instance, have known that most Tamil Brahmins would have had a stroke if a daughter of theirs brought a Black husband home. In her visits to India to meet her maternal grandparents, she might have encountered Tamil Brahmins who let their discomfort with ‘miscegenation’ show. The unreconstructed racism of most middle class Indians towards people of African origin is a fact that every honest desi acknowledges. Shyamala Gopalan was clearly an honourable exception to this rule, as were her parents. Perhaps Kamala Harris saw her Indian grandparents as individual relatives whom she loved and admired, instead of owning them as members of a caste community.

As the daughter of parents who met because of a shared enthusiasm for civil rights activism, Kamala Harris was raised by her mother as a Black girl in a country where African Americans were routinely discriminated against and often formally disadvantaged. We should consider the possibility that Kamala Harris chose to affirm the remarkable inclusiveness of her maternal relatives as her Indian side, instead of embracing the fastidious superiority of their caste community.

Perhaps she had the intellectual self-awareness to spot the contradiction between identifying as a Black girl in a largely white country and simultaneously affirming her membership of a caste that fetishized light skin and went to extraordinary lengths to argue that it was racially distinct from the non-Brahmin Tamil population in which it was historically embedded. Maybe it was this self-awareness that explains the omission of Tambrams from her book, not some need to ignore the success of the Tamil Brahmin diaspora to demonize America. Remember, Harris chose to attend Howard, a storied, historically Black college, because she wanted the experience of being Black  in an immersive way.

Throughout the column, Tamil Brahmins are described as hereditary priests, as “occupants of the pinnacle of society”, as a group, as a community but never as the caste system’s gatekeepers, or as the principal beneficiaries of a system of birth-ordered inequality that could, at its worst, make apartheid look like the Enlightenment. Tamil Brahmins are described as a caste just once, and that too in passing, while referring to anti-Brahmin movements led by other castes in the twentieth century.

The lay reader of the column could be forgiven for thinking that Tamil Brahmins were a striving community of the hyper-literate best–like the Parsis or the Jews– marginalised and tragically forced to flower in exile by the resentful rest. The closest the column gets to naming the near-monopoly that Tamil Brahmins enjoyed in the professions, in education and in government employment or acknowledging the prejudices that defined their status and propped up their everyday lives, is this prim sentence: “It’s undeniable that Tambrams had advantages, and many of their ancestors held views about social hierarchy that rightly grate on our modern sensibilities.”

My paternal great-grandfather’s considered Tambram views about social hierarchy saw him return for a purifying bath every time a Dalit or ‘pariah’ passed within a dozen feet of him. Whenever Sir Mirza Ismail, legendary administrator and Dewan of Mysore, visited my grandfather at home (who was, by several ranks, his subordinate) he was served coffee in a silver tumbler, not a china cup, because he was a Muslim (or Turka) and anything he drank from had to be cleansed with embers.

My father, who was raised by his grandfather in an agraharam (a Brahmin neighbourhood built around a temple), rejected the old man’s prejudices but remained grateful to him for forcing him as a child into learning Sanskrit, a language he grew to love that sustained him to the end of his days. He tried, as best as he could, to disentangle the literary and religious pleasure that Sanskrit gave him from the thicket of prejudice and learning that constituted brahmanical cultivation.

Dhume faults Harris for noting that her mother won a prize for singing in India without acknowledging that the prize “…was for Carnatic music, a classical art form closely associated with Tamil Brahmins.” It’s almost as if this ‘omission’ is a piece of political furtiveness. In a fine article titled ‘Can Carnatic music be de-Brahminised’, the Carnatic singer, T.M. Krishna, a Brahmin, reflects on his complicated relationship with the classical form that he has made his own. He describes his struggle to see if the core of Carnatic music—raga, tala and text—can sustain itself outside its traditionally Brahmin habitat.

It seems reasonable that an artist should want his art to transcend the ownership of a caste or a community, that Krishna should want to liberate the Carnatic tradition from what he sees as a limiting Brahmanism, despite being a Brahmin himself. This isn’t some strange species of self-hatred, just the basic self-awareness you would expect of a thinking person. What is strange, though, is the spectacle of one American reproaching another for not affirming an inherited claim to caste.