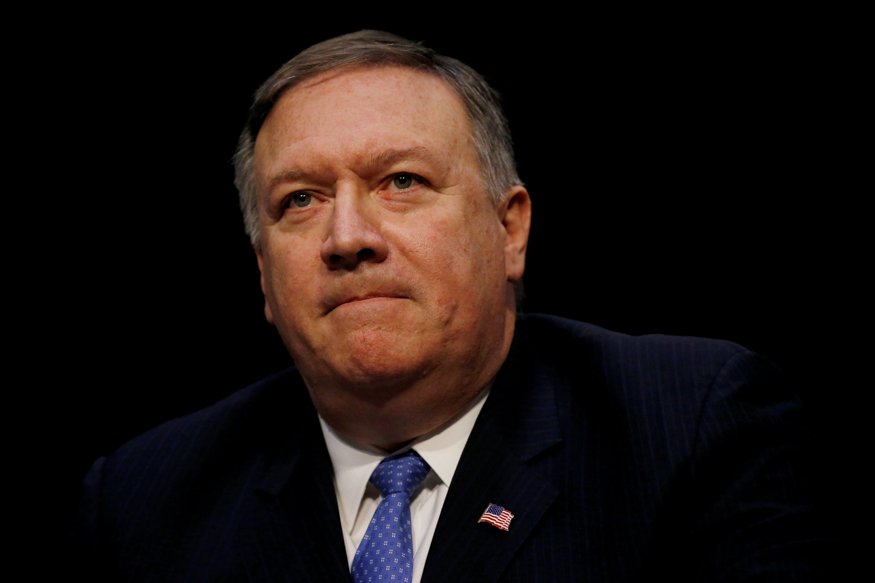 S top diplomat Mike Pompeo said on Monday that Israeli settlements in the West Bank were not inconsistent with international law, abandoning its four-decade position on the matter.

The announcement was a victory for Israeli Prime Minister Benjamin Netanyahu, who is struggling to remain in power after two inconclusive Israeli elections this year, and a defeat for the Palestinians.

Pompeo said US statements about the settlements on the West Bank – which Israel captured during a 1967 war – had been inconsistent, saying Democrat President Jimmy Carter in 1978 found they were not consistent with international law and Republican President Ronald Reagan in 1981 said he did not view them as inherently illegal.

“The establishment of Israeli civilian settlements is not, per se, inconsistent with international law,” Pompeo told reporters at the State Department.

Netanyahu said the US decision “rights a historical wrong,” and called on other countries to take a similar stance.

Israel is deeply grateful to President @realDonaldTrump, @SecPompeo and the entire US administration for their steadfast position supporting truth and justice, and calls upon all responsible countries who hope to advance peace to adopt a similar position.

Senior Palestinian official Saeb Erekat denounced the US reversal in a statement.

“Once again, with this announcement, the Trump administration is demonstrating the extent to which it’s threating the international system with its unceasing attempts to replace international law with the ‘law of the jungle,'” the statement said.

“Another blow to international law, justice & peace,” Hanan Ashrawi, a veteran Palestinian negotiator and member of the Palestine Liberation Organization’s Executive Committee, said on Twitter ahead of Pompeo’s statement.

Another blow to international law, justice & peace by a Biblical absolutist waiting for the "rapture."
Israeli settlements not 'inconsistent with international law,' Pompeo set to announce https://t.co/OpZ4aY8xj2

Reacting to the announcement on Twitter, Jordan Foreign Minister Ayman Safadi said the settlements were a “blatant violation of international law and UN Security Council Resolutions” and warned of “dangerous consequences.”

Settlements in occupied #Palestine are a blatant violation of Int’l law & UNSCRs. They are an illegal action that’ll kill 2-state solution. Jordan’s position in condemning them is unwavering. We warn against dangerous consequences of US change of position on settlements on MEPP

EU High Representative for Foreign and Security Policy Federica Mogherini said in a statement on Monday that the bloc’s position on the settlements remained unchanged.

“All settlement activity is illegal under international law and it erodes the viability of the two-state solution and the prospects for lasting peace, as reaffirmed by UN Security Council Resolution 2334,” the statement said.

“The EU calls on Israel to end all settlement activity, in line with its obligations as an occupying power.”

It is the third major instance in which the Trump administration has sided with Israel and against stances taken by the Palestinians and Arab states. In 2017 Trump recognized Jerusalem as the capital of Israel and, in 2018, the United States formally opened an embassy in the city.

US policy had previously been that the status of Jerusalem was to be decided by the parties to the conflict.

And in March, Trump recognized Israel’s 1981 annexation of the Golan Heights in a boost for Netanyahu that prompted a sharp response from Syria, which once held the strategic land.

Trump’s move might have been designed to help Netanyahu struggles to stay in power. Israeli politics is deadlocked after two inconclusive elections this year.

Former military chief Benny Gantz’s centrist Blue and White party emerged neck and neck with Netanyahu following a September vote, and both leaders have struggled to put together a ruling coalition.

The US embassy in Jerusalem on Monday warned Americans about travelling in Jerusalem, the West Bank and Gaza, soon after Secretary of State Mike Pompeo announced the United States was softening its position on Israel’s Jewish settlements.

“The US Embassy advises citizens in or considering travel to or through Jerusalem, the West Bank, or Gaza to maintain a high level of vigilance and take appropriate steps to increase their security awareness in light of the current environment,” it said in a statement.

“Individuals and groups opposed to the Secretary of State’s recent announcement may target US government.”

US Embassy in Jerusalem issued a warning to staff & visitors> pic.twitter.com/pZrh5rMuk4