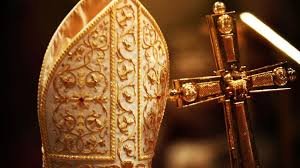 A Catholic priest-cum-correspondent of a Government-aided school in Coimbatore, was arrested on Thursday after he allegedly made a few girl students open sexually explicit content on his mobile phone.

As per preliminary investigation by the All Woman Police Station, Coimbatore Central, the priest had allegedly forced at least five girls of the school to open sexually explicit content on his mobile phone on multiple occasions.

Maria Antony Raj (65), attached to the diocese of Coimbatore (Latin rite) and the correspondent of St. Mary’s High School on fifth extension, Gandhipuram, was held for offences under provisions of the Protection of Children from Sexual Offences Act, said the police. He has been serving as the correspondent of the school for over a year.

After being informed by the students, their parents had brought the incident to the attention of the principal and demanded that the correspondent should be removed from the school. When there was no action, the parents reported the alleged incident to the police.

On Thursday, the police examined the accused, affected students and their parents at the school. Later, he was taken to the police station and arrested.

P. Ayyanan, Coimbatore Chief Education Officer (CEO), told that the Department of School Education cannot initiate any action against the accused as he was not a teacher in the Government-aided school. “He was only a part of the school’s administration,” Mr. Ayyanan said, adding that only the police could initiate further action.