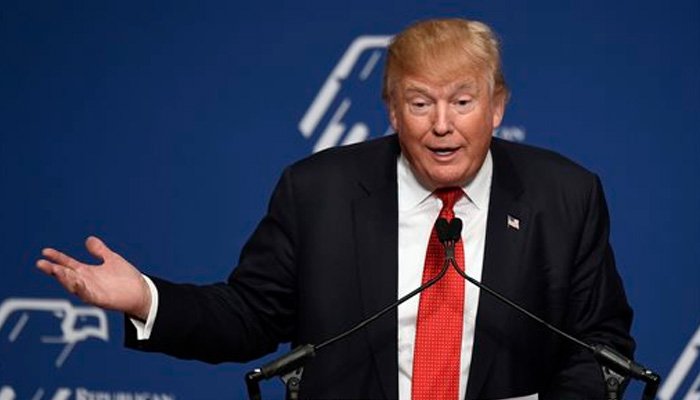 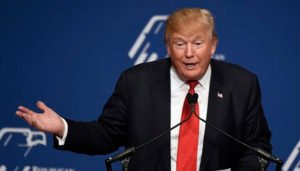 WASHINGTON: US President Donald Trump said on Wednesday a ceasefire in northern Syria is now permanent and lifted sanctions on Turkey as a result, rejecting criticism of his decision to pull out US troops that allowed Kurdish allies to come under attack.

In a White House speech, Trump described the truce as a “major breakthrough” negotiated by a team led by Vice President Mike Pence. Trump said he instructed Treasury Secretary Steven Mnuchin to rescind sanctions imposed on Turkey after it attacked the Kurds “unless something happens that we are not happy with”.

“Countless lives are now being saved as a result of our negotiation with Turkey, an outcome reached without spilling one drop of American blood: no injuries, nobody shot, nobody killed,” Trump said. He said he may meet Turkish President Tayyip Erdogan soon.

The speech failed to blunt attacks from U.S. lawmakers over Trump`s abrupt decision early this month to withdraw troops out of northeastern Syria to clear the way for the Turkish incursion. Congress was still working on a sanctions package of its own to punish Turkey for its cross-border offensive.

A senior Trump administration official, briefing reporters on a conference call, said while most ISIS (Islamic State) fighters remained under lock and key, it appeared that a small number had escaped from prisons. Turkey was responsible for rounding them up, he said. “We`re keeping a very close eye on the situation with the ISIS fighters,” the official said.

The official also expressed wariness about Russia`s movement of forces into the area as part of an agreement with Turkey. There is no indication that Turkish forces have attacked local populations as feared by critics, the official said.

The controversy over Trump`s Syria pullout has contributed to a climate of chaos in Washington, where Democrats are seeking to remove Trump from office through impeachment over his attempts to get Ukraine to investigate Democratic rival Joe Biden. Senate Democratic leader Chuck Schumer took to the Senate floor to excoriate Trump.

“Three weeks after first announcing the troop withdrawal, the president does not seem to have a clear strategy for securing the enduring defeat of ISIS and fixing the mess he’s created in Syria,” said Schumer.

Trump continued his drumbeat of criticism of past US efforts to keep American forces in the Middle East. The United States will “let someone else fight over this long, bloodstained sand,” he said.