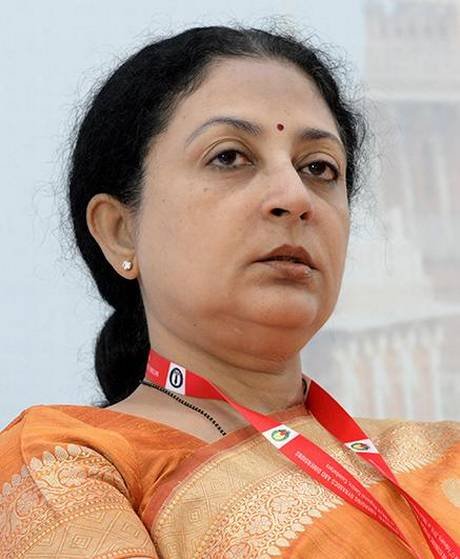 Despite wild speculations doing the rounds with respect to the proposed transfer and consequent resignation of Madras High Court’s former Chief Justice Vijaya Kamlesh Tahilramani, she remains steadfast on her decision to not to go the press explaining her standpoint.

When contacted for the second time in a row for her views, she said: “Till now I have not commented on any issue whatsoever and that is the stand I will continue to take. So, kindly excuse me. I kindly request you to allow me my privacy. I am sure you will understand.”

Ms. Tahilramani had resigned on September 6 after the Supreme Court collegium’s decision to transfer her to the High Court of Meghalaya and on September 9, she told that she does “not wish to make any comments or discuss the matter” with the media.

Hailing her decision, senior advocate N.G.R. Prasad said the former Chief Justice had taken the right decision of avoiding a discussion, or rather a raging controversy, in the media in order to maintain the dignity of the high office that she had held.

“She had also taken the bold and irreversible decision of resigning pursuant to her transfer. That is the reason, I described her as a ‘warrior Chief Justice’ during her farewell. That she is a woman, makes her daring decision all the more special,” he added.

Stating that she stands out tall among all other judges who had accepted such “arbitrary” transfers, he said, it was high time Parliament enacted a law containing the powers of the Supreme Court collegium and making it accountable to the people.

He said her proposed transfer came as a shock and surprise to the Bar as nobody knew the reasons.

It also led to spontaneous protests across the country.

“The transfer reminded the dark days of Emergency and so the lawyers struck work.

“In my opinion it would have been a dereliction of duty on our party if we had not protested. We had to question the transfer. To strike is noble if the cause for which we strike is noble. There is a necessity for a nationwide debate on arbitrary transfers,” he added.