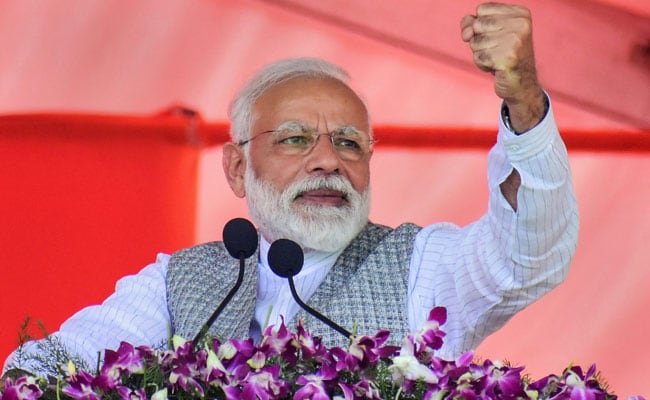 Prime Minister Narendra Modi this morning laid the foundation stone of the ambitious ‘Kashi Vishwanath Mandir Vistarikaran-Saundarayakaran Yojana’ (Kashi Vishwanath Temple Extension and Beautification Plan) that would be rolled out in four phases.

He kick-started the proposed project by putting five bricks with the name of the temple inscribed on it in the presence of Governor Ram Naik, Chief Minister Yogi Adityanath and state BJP chief Mahendra Nath Pandey. 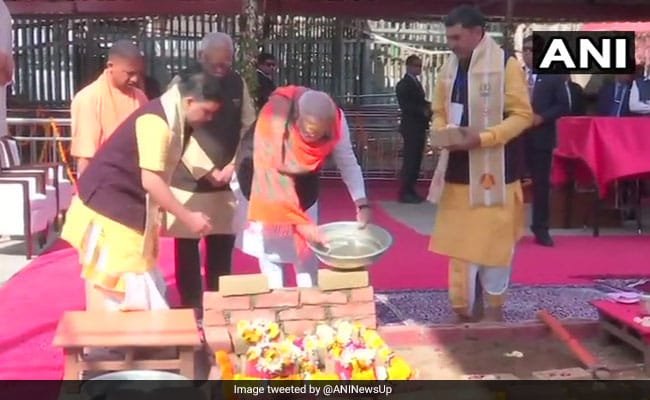 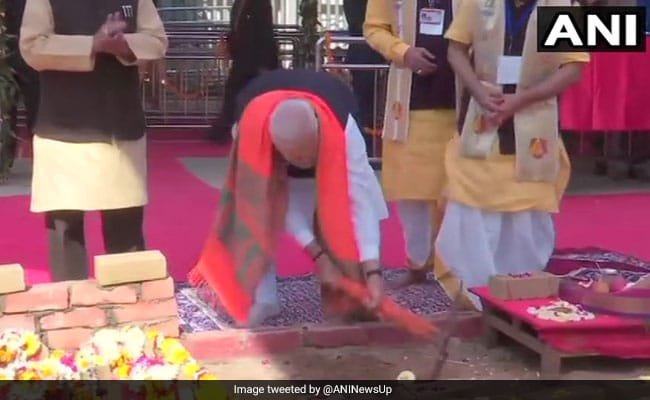 The Prime Minister landed in Varanasi, his parliamentary constituency, earlier in the day in an Indian Air Force plane at the Lal Bahadur Shastri International Airport where he was received by Mr Naik and Yogi Adityanath.